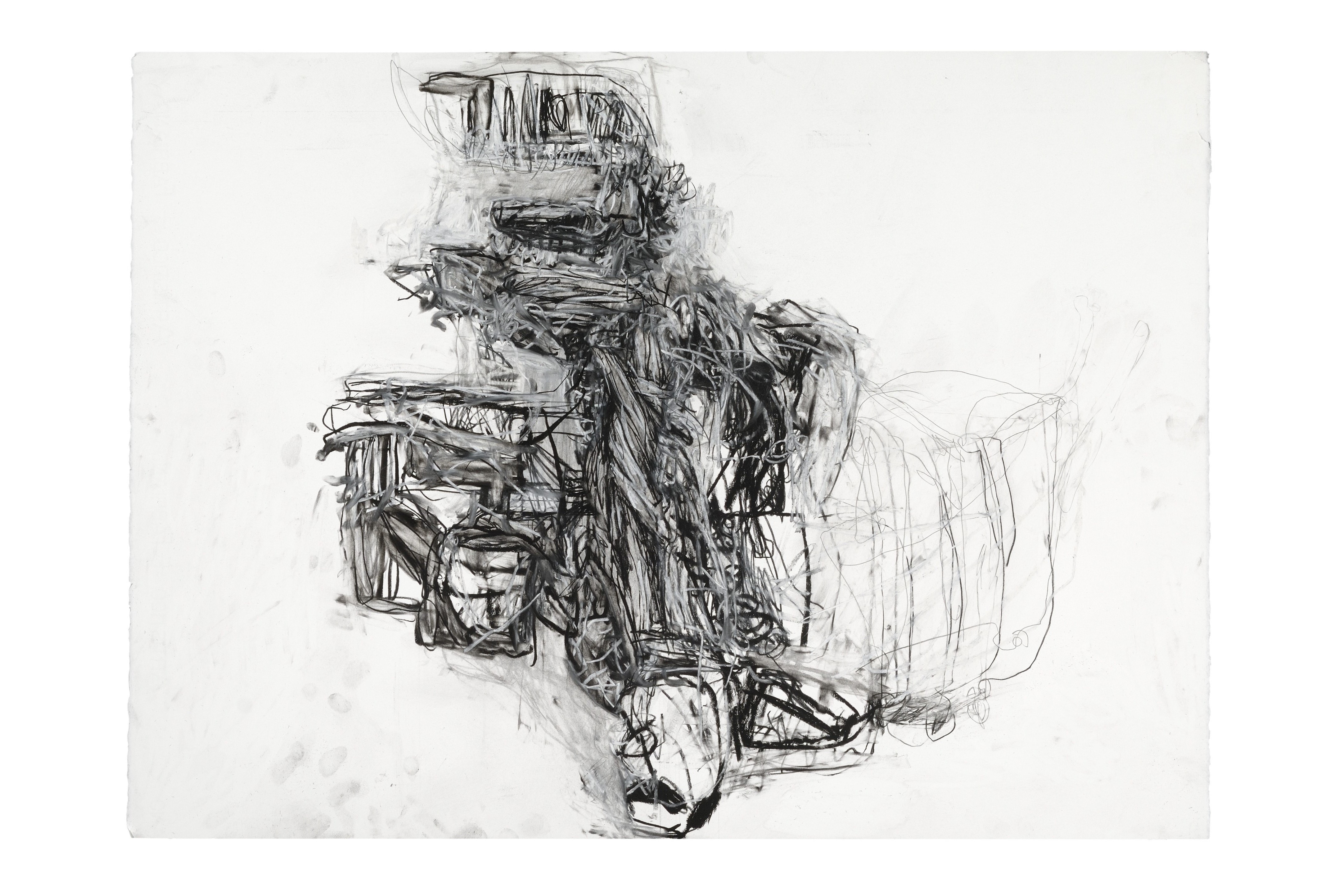 The Drawings of Tara Geer on Display at Glenn Horowitz

The first show on the East Coast of artist Tara Geer’s work opened at Glenn Horowitz Bookseller, 87 Newtown Lane, on August 3 and will remain open until September 3.

The exhibition consists of 32 works, ranging from Geer’s large scale flower drawings executed in 2007, to the most recent works completed in early 2013. Geer’s drawings, a mix of charcoal, chalk, pencil and erasure, form a body of work that blurs the line between abstraction and representation. Though her basic shapes are taken from life, the sources of her inspiration are deliberately obscured under layers of lines. Her drawings, which take form from small, sketchbook-sized compositions to several feet long scrolls, seem to engage directly not with what is seen, but rather with the shifting and imprecise act of seeing.

According to theater director Andre Gregory, who writes an essay in the accompanying publication, Tara Geer: Carrying Silence, “these mysterious meditations— elegant, disturbing, quite unlike anything else I have known… They are, for me, coded messages from the innermost, distant, topography of the psyche….her drawings, while inhabited by a ferocious knowledge of the way things are, are also amazingly calm.”

Jess Frost, executive gallery director of Glenn Horowitz and curator of the show, put it slightly differently, saying, “Tara is dedicated to observation, and to drawing as a means of exploring all the curious facets of an everyday object.”

According to Geer herself, she draws, “the details that get overlooked.”

The accompanying book, Tara Geer: Carring Silence, is limited to a small run of 250 copies, featuring images of all Geer’s work featured in the show as well as essays by both Gregory and art critic Rachel Cohen. 200 will be released in paperback, selling for $125 each, 45 will be cloth-bound hard cover, numbered and signed by authors and artist, and 5 more of the hard cover will be packaged in a special slip case including signatures and original artwork by Geer. These will sell for $450 and $3500, respectively.