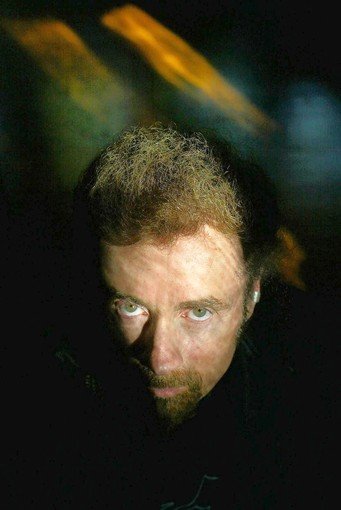 The Tea Fire was raging across the hills of Montecito, and T.C. Boyle was worried. He was worried about the safety of his home, as anyone near the flames would be, and that concern was amplified by the fact that the nearly century-old house was designed by no less than Frank Lloyd Wright. And then there were the papers: the highly combustible manuscripts, research, notes and bound volumes that constitute Boyle’s life’s work. Everything that had gone into writing two dozen books and 150 stories was stashed in Boyle’s basement. If the wind shifted, it would all be lost.

“It scared the bejesus out of me,” Boyle said four years later.

Although the Tea Fire claimed more than 200 homes, it never reached Boyle’s. And now Boyle’s archive has found a safe house of its own: at the Ransom Center at the University of Texas at Austin. The Ransom Center, the premier collector of the complete papers of 20th and 21st century novelists, paid $425,000 to add Boyle’s archive to its collection.

“I guess there’s a lot of stuff,” Boyle says of the materials in his archive. Boyle, who teaches at USC, has the jocular manner of someone completely at ease in front of an audience. “The house seems a little lighter now; it seems to be rising up now that the weight has been removed,” he jokes.

The Ransom Center had its eye on Boyle since 2003, when director Thomas F. Staley told The Times he was interested in the archive of the author of “The Tortilla Curtain” and “East Is East.” In Hollywood, Boyle is best known for “The Road to Wellville,” which was adapted into the film starring Matthew Broderick, John Cusack and Anthony Hopkins.

Boyle has an uncommon three-sided gift: He makes bestseller lists, publishes esteemed literary fiction, and is a consistently prolific author. In the nine years since that first spark of Ransom Center interest, he assiduously continued to add to the papers under his house. He boxed up notebooks full of novel research: on Alfred Kinsey’s intimates for 2004’s “The Inner Circle” and Frank Lloyd Wright’s wives and lovers for “The Women” (2009). He filled folders with stories sent to magazines like the New Yorker, with notes back and forth from his editors. And of course there were the manuscripts, the drafts and redrafts and final versions of his novels. It was all ready when the Ransom Center — in the form of Glenn Horowitz, a broker who deals in authors’ archives — came knocking.

“They really want the piece of paper with the scribbling on it,” Boyle explains. “Since I bridge the computer era and the typewriter era, about half my stuff is old typescripts, with scribbles all over it and everything.”

“Every time we get an archive in, the vast majority is still paper,” says Megan Barnard, the Ransom Center’s assistant director for acquisitions and administration. “People are still printing out their revised drafts and taking pen or pencil to paper and making notes.”

Yet computers have made much of that revision process less visible — as Boyle puts it, revising “happens in outer space and disappears” — but the Ransom Center is undeterred. It has a number of archives that come from authors who, like Boyle, have work composed before and after the ubiquitous computer: novelists Russell Banks, Don DeLillo, Denis Johnson and even David Foster Wallace. Research libraries like the Ransom Center, which include the Huntington Library, Art Collections and Botanical Gardens in San Marino and the Library of Congress — are working jointly to develop industry standards for storing and retrieving digital manuscripts and other documents that are “born digital.”