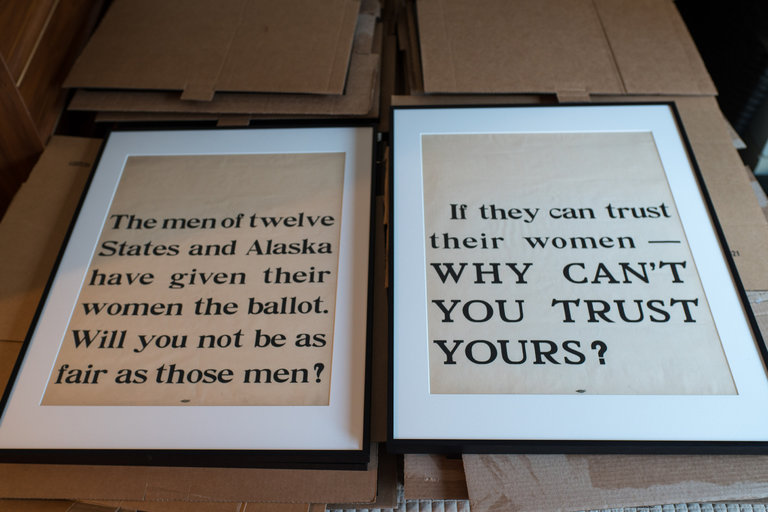 Revisiting the Fervor of the Women’s Suffrage Movement

The placards read like Twitter posts from the past. In large type, printed in bold against a plain backdrop, they deliver messages from women’s suffrage activists to politicians in the 1912 election: “The men of twelve States and Alaska have given women their ballot. Will you not be as fair as those men?”

There are 22 posters in all, and they will soon be on view together for the first time as part of the exhibition “Women Take the Lead: From Elizabeth Cady Stanton to Eleanor Roosevelt, Suffrage to Human Rights,” opening on Jan. 14 at the Roosevelt House Public Policy Institute at Hunter College on the Upper East Side.

Along with the posters are other documents from the decades-long women’s suffrage moment, like the prison records of the British activist Emmeline Pankhurst (played by Meryl Streep in the recent film “Suffragette”) and an early copy of Ms. Stanton’s “Declaration of Sentiments” at the 1848 Seneca Falls Convention on women’s rights.