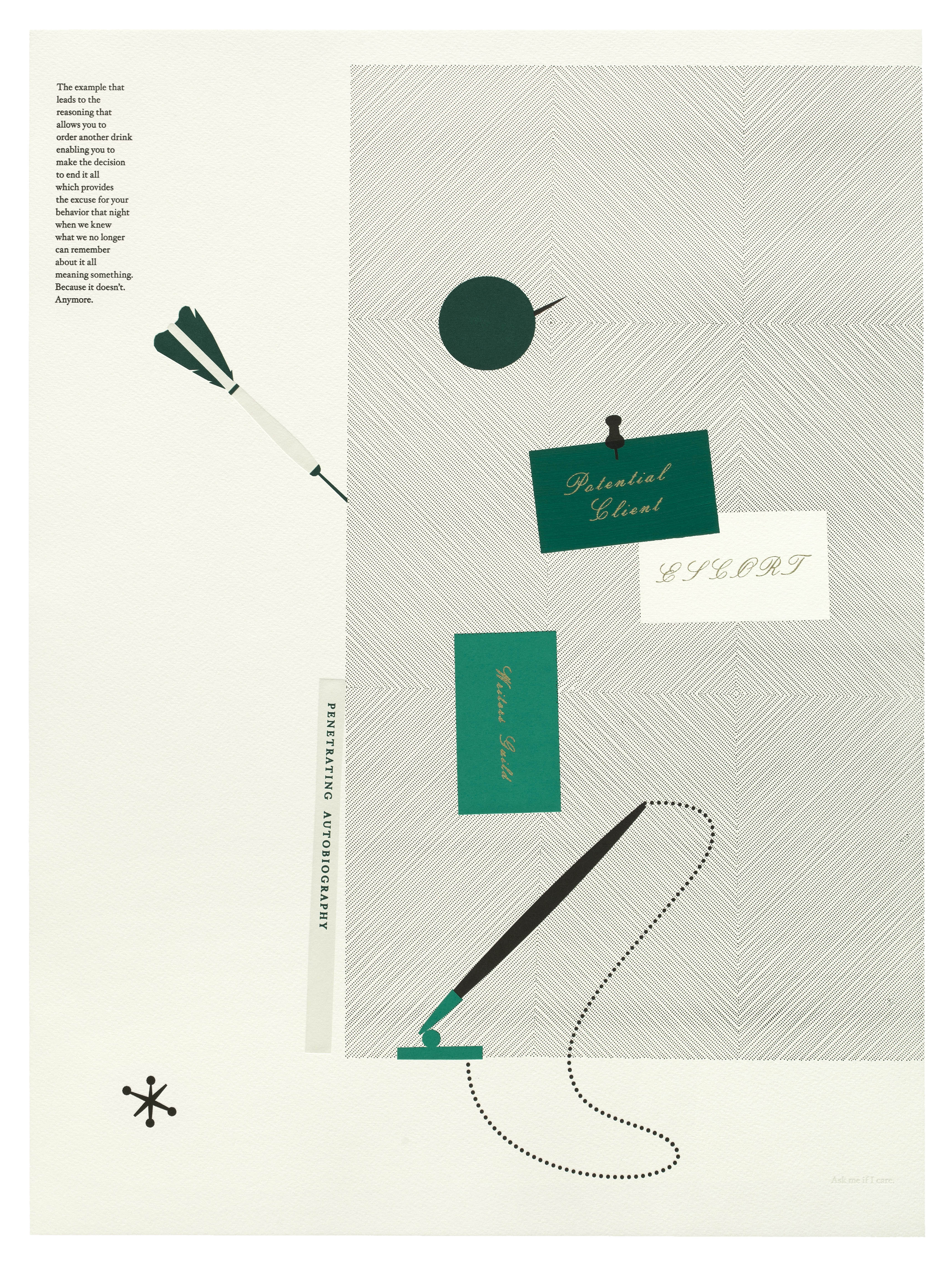 Brannon’s work displays a style reminiscent of Mad Men-esque midcentury advertising aesthetic and utilizes a droll sense of humor through juxtaposed text that mocks social, academic, business and political mores. The show ranges from mock ups of Vodka bottle advertisements with words like “Your new worst secret” to a collection of film awards with a paragraph describing the trials and tribulations surrounding documentarian’s new film about student- professor sexual relationships. Apart from creating the visual elements of his pieces, all of the text used in Brannon’s work is of his own composition.

The thirteen single edition prints, a collection of letterpress prints dating from 2008 to 2013, are paired with the release of Brannon’s new book, a collaboration with American Psycho and Less Than Zero author, Brett Easton Ellis, entitled, Mr. Brett Easton Ellis/ Mr. Matthew Brannon. The book consists of a collection of Brannon’s favorite excerpts from Ellis’ books Less Than Zero and Lunar Park,  paired with several of Brannon’s illustrations. Mr. Brett Easton Ellis/ Mr. Matthew Brannon will run in a limited release of 250 copies. 150 of that run are signed by the artist and will be sold for $175. Another 90, signed by both Brannon and Ellis, and contained in a special slipcase of Brannon’s design will be sold for $500. Additionally, 10 special edition copies will be sold containing original artwork by Brannon for $3,750.

According to gallery director, Jess Frost, the show is indicative of the kind of work Glenn Horowitz Bookseller— half rare bookstore, half art gallery— is interested in bringing to East Hampton. “Brannon’s work represents the mash up of the literary and art worlds which Glenn is really into,” Frost said, “and Letter Press theme really lends itself to first edition rare books.”