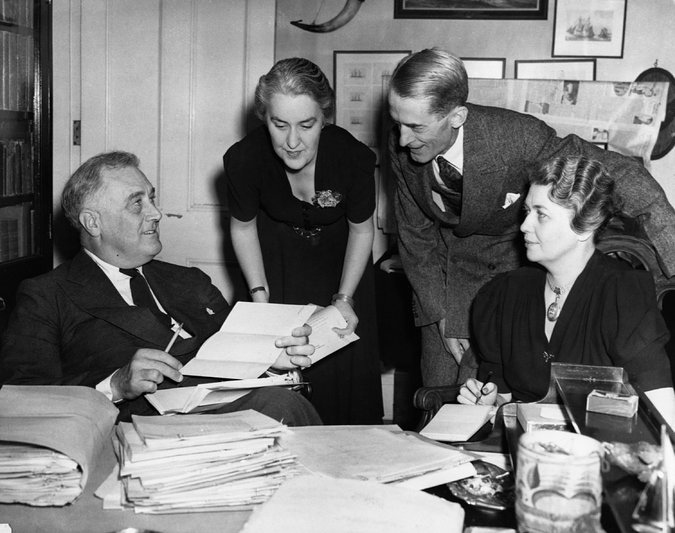 America is poised for the possibility of its first female president. But once upon a time, another woman in the White House wielded nearly as much power as any man aside from the chief executive.

During the New Deal, Eleanor Roosevelt redefined the role of first lady and Frances Perkins broke ground as the first woman in the cabinet. And then there was Marguerite LeHand, whose official position was personal secretary to the president, Franklin D. Roosevelt.

But a new book, Kathryn Smith’s “The Gatekeeper: Missy LeHand, FDR, and the Untold Story of the Partnership That Defined a Presidency,” and the private letters and other documents on which it is in part based, reveal that LeHand’s unceremonious title masked the outsize role she played. (Just like Perkins, she was a secretary, as most people understand the job title, in name only.)

LeHand was also Roosevelt’s companion, confidante, adviser and hostess at the White House and at Warm Springs, in Georgia. She counseled him on cabinet and court appointments and was the only staff member who referred to him as “F.D.” She also, at times, had the sole authority to forward a call at night to his bedroom, as she did when her fiancé, Ambassador William C. Bullitt Jr., telephoned from Europe in 1939 to report that Germany had invaded Poland.

“Missy was the Swiss Army knife of the White House,” Ms. Smith writes in her book. “A formidable, multitalented multitasker.”

Just how formidable, Ms. Smith discovered from the private letters.

“The coin of the realm in biography is ‘never before seen primary source material,’” said Ms. Smith, a journalist who has incorporated the trove of newly revealed documents into her book, the first full-fledged biography of LeHand. “The letters, pictures, invitations and newspaper clippings in the papers really enabled me to flesh out her portrait — the way she expressed herself in writing, her love of family, her glamour and desirability in Washington society, the playful relationship she had with everyone in the White House, from F.D.R. down to her co-workers in the West Wing.”

The documents, which are being offered for sale, belong to LeHand’s great-nieces, Barbara Jacques and Jane Scarbrough, who had considered selling the collection for years, but realized their considerable potential value only after Ms. Smith began working on her book. Ms. Smith had been referred to them by the archivist at the Roosevelt Warm Springs rehabilitation institute near the president’s “Little White House” in Georgia.