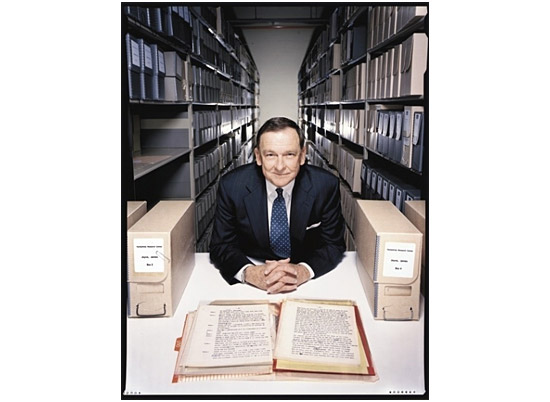 Final Destination: Why do the archives of so many great writers end up in Texas?

The New Yorker, A Letter From Austin, June 2007

Final Destination: Why do the archives of so many great writers end up in Texas?
By D.T. Max

During Staley’s two decades in the job, he has bought nearly a hundred literary collections—including papers of Jorge Luis Borges, John Osborne, Julian Barnes, Arthur Miller, Tom Stoppard, Penelope Fitzgerald, John Fowles, Isaac Bashevis Singer, and Don DeLillo—and, as he moves toward retirement, his buys are getting bigger. In 2003, Texas bought the Watergate papers of Bob Woodward and Carl Bernstein for five million dollars. (A sealed file revealing the then secret identity of Deep Throat, Mark Felt, was deposited at a trustee’s office in Washington.) In 2005, Staley paid two and a half million dollars for the collection of Norman Mailer, which included twenty-five thousand of Mailer’s letters, along with the identification tags of his late poodle, Tibo. The archive—weighing twenty thousand pounds in all—came to the center in a tractor trailer. The New York book dealer Glenn Horowitz, who brokered the two deals, says of Staley, “He’s looking for projects that have a culminating quality to them.” …