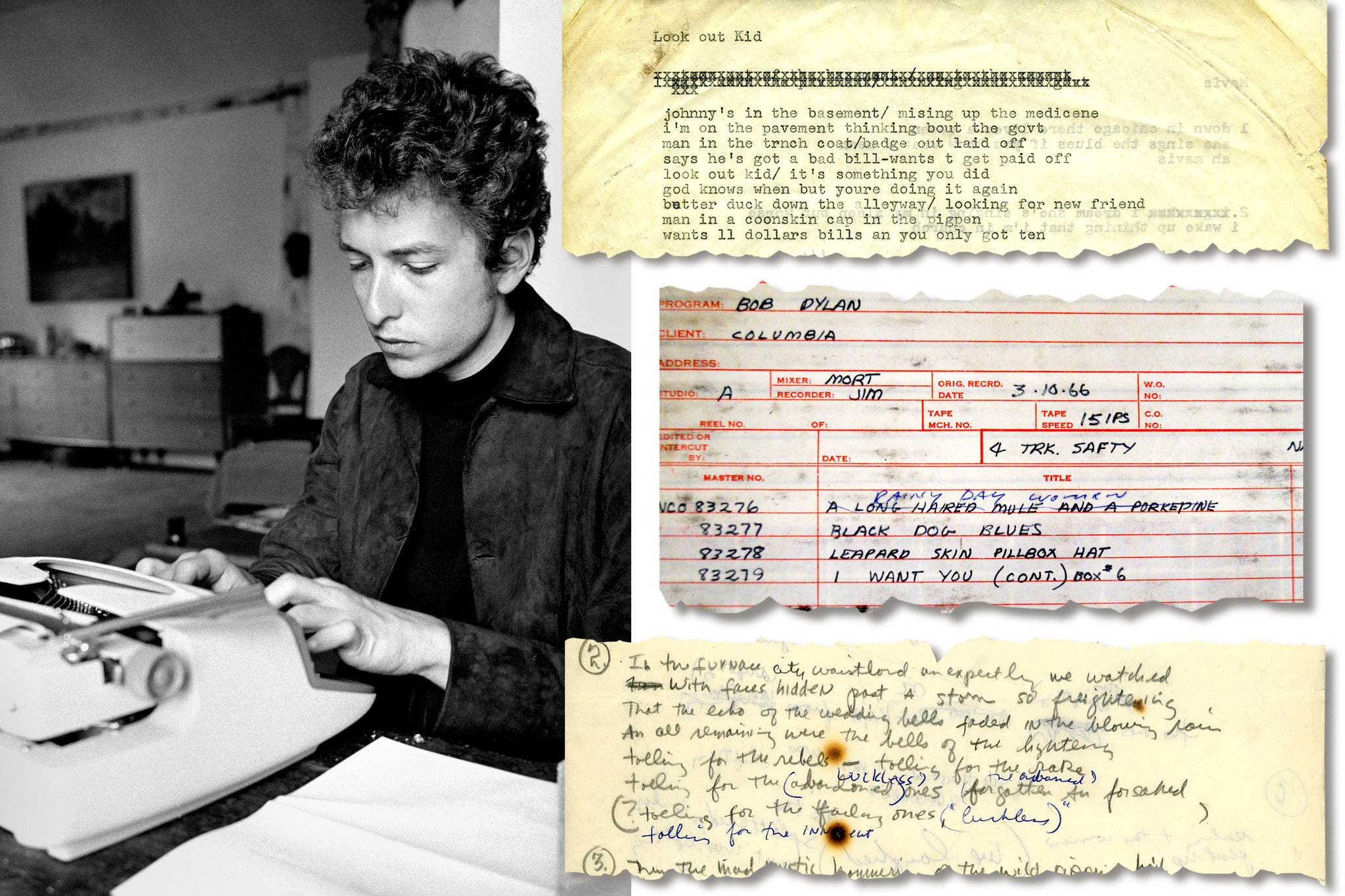 For years, Bob Dylan scholars have whispered about a tiny notebook, seen by only a few, in which the master labored over the lyrics to his classic 1975 album “Blood on the Tracks.” Rolling Stone once called it “the Maltese Falcon of Dylanology” for its promise as an interpretive key.

But that notebook, it turns out, is part of a trinity. Sitting in climate-controlled storage in a museum here are two more “Blood on the Tracks” notebooks — unknown to anyone outside of Mr. Dylan’s closest circle — whose pages of microscopic script reveal even more about how Mr. Dylan wrote some of his most famous songs.

There have long been rumors that Mr. Dylan had stashed away an extensive archive. It is now revealed that he did keep a private trove of his work, dating back to his earliest days as an artist, including lyrics, correspondence, recordings, films and photographs. That archive of 6,000 pieces has recently been acquired by a group of institutions in Oklahoma for an estimated $15 million to $20 million, and is set to become a resource for academic study.

In a preview of the Bob Dylan Archive by The New York Times, it is clear that the archives are deeper and more vast than even most Dylan experts could imagine, promising untold insight into the songwriter’s work.