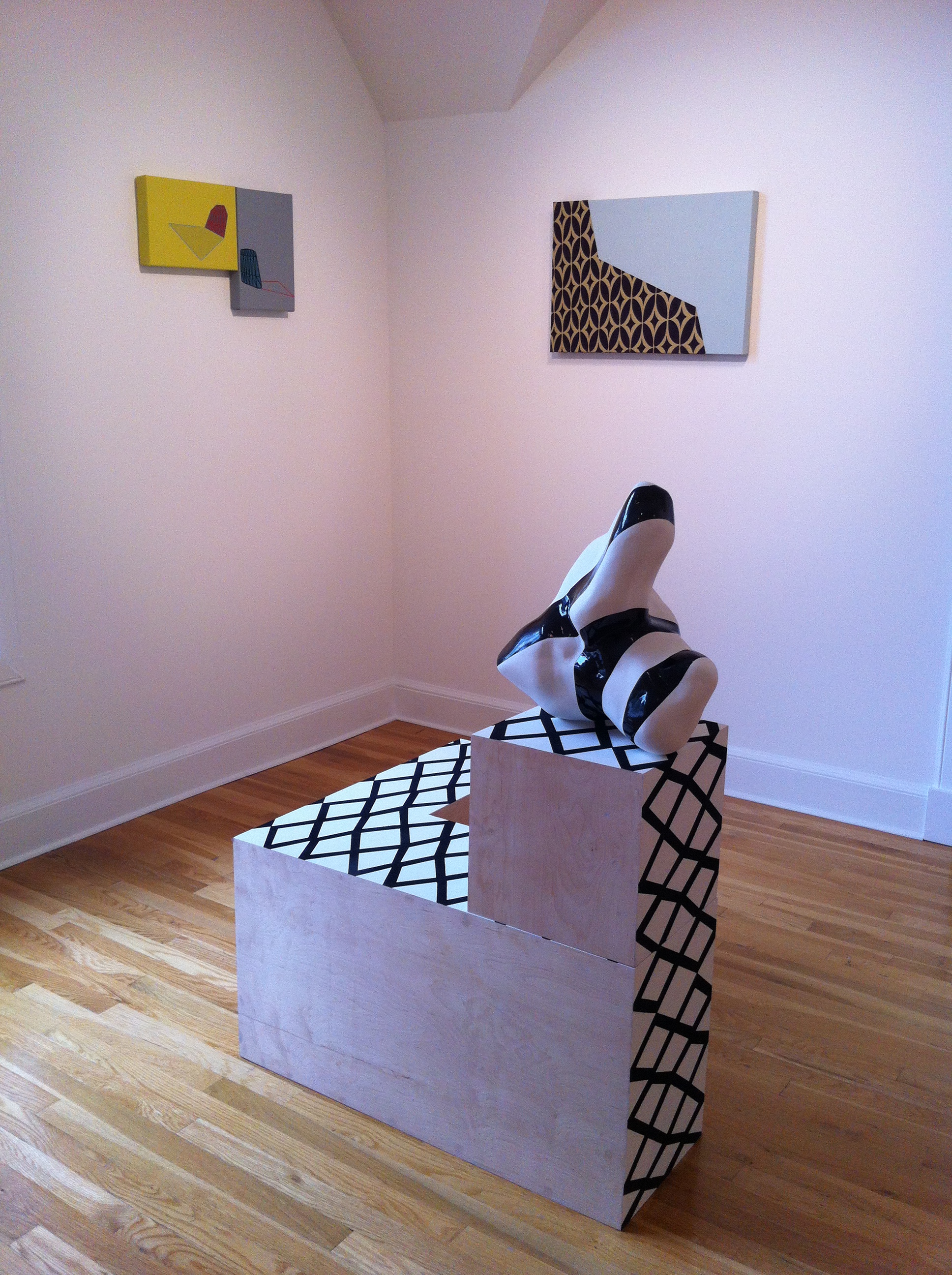 The problem, as Almond Zigmund saw it, was how to create a site-specific sculpture that would give her viewers a transformative experience relating to life on the East End of Long Island. A convergence, if you will, between spectator, artist, object and environment. As one of the two artists invited this year to participate in the Parrish Road Show, an offsite creative summer series of the Parrish Art Museum that seeks to broaden the traditional understanding of the function of an art museum by presenting programming in other locations, Zigmund’s piece, Interruptions Repeated, occupies the parlor of the Sag Harbor Whaling & Historical Museum.

The Whaling Museum was originally built in 1845 as a private residence, and it has evolved into the home of a mishmash of donated historic artifacts from whaling implements, to children’s toys, to historic furniture, to portraits of ship’s captains. And now, it is the temporary home of Zigmund’s strangely beautiful creature, which like the other contributed artifacts in the museum, has taken up tenancy in our harbor.

“Tenancy” may be too passive a word. Interruptions Repeated, which is fashioned by two bisected L-shaped sculptures of raw plywood, inhabits the Greek Revival parlor room like a giant beached whale. Half solidly opaque, half transparently latticed, Zigmund’s form fuses organic and architectural motifs. It plays against the detailed ornamentation of the plaster moldings of the ceiling and the windows, by turns appropriating and contrasting the existing designs that inspired it. An informal object in a formal location, Interruptions Repeated is both a benevolent form — an ergonomic chair-like shape — and a beast-like intruder that pushes the viewer into the far corners of the room. Its schematic design alternately barricades and encloses us. As such, Interruptions Repeated feels both fully integrated and unique, like a boat in its berth, the space and the object create one another.

Zigmund often works with L-shaped structures and with patterns that relate to textiles and architecture. In conjunction with the site-specific installation at the Whaling Museum, Glenn Horowitz Bookseller in East Hampton is exhibiting a selection of Zigmund’s sculptures and works on paper in the upstairs gallery in a show appropriately titled. Almond Zigmund: Interruptions Repeated (Again and Again). Patterns, Zigmund has said, are ways to control nature. We seek out patterns in the natural world as a way to organize chaos. And in the three discrete sculptures and seven wall pieces included in the show, Zigmund uses both geometric and organic patterning to choreograph space. Like siblings or cousins, all these pieces relate in varying ways to Interruptions Repeated, whether by incorporating the uses of the L-shaped form Zigmund favors, or by repeating an elegant motif, they share a genealogy. Yet, they are also exceptional in their own right, combining a minimalist sensibility with the vivid color and texture of Pop Art.

Zigmund’s work is full of tension and contrast. Mirrored forms — yins and yangs — bounce off and pull against each other creating kinetic space. Flat surfaces vibrate. Zigmund sometimes uses a flocking technique — painting pieces with small fiber particles — that endow her hard-edges with a softer, more organic appearance. She’s spent time in Las Vegas, a city of jarring contrasts — garish casinos sprouting in the stark terrain of the desert — and her work encompasses both landscapes.

Space, Zigmund understands, is not just utilitarian: it is symbolic. It is real and imaginary and it is a repository for meaning, memory and human interaction. In Interruptions Repeated Zigmund has given us a site-specific work that is rooted not just in a historic location, but one that also springs organically from the unique architecture of our lives.