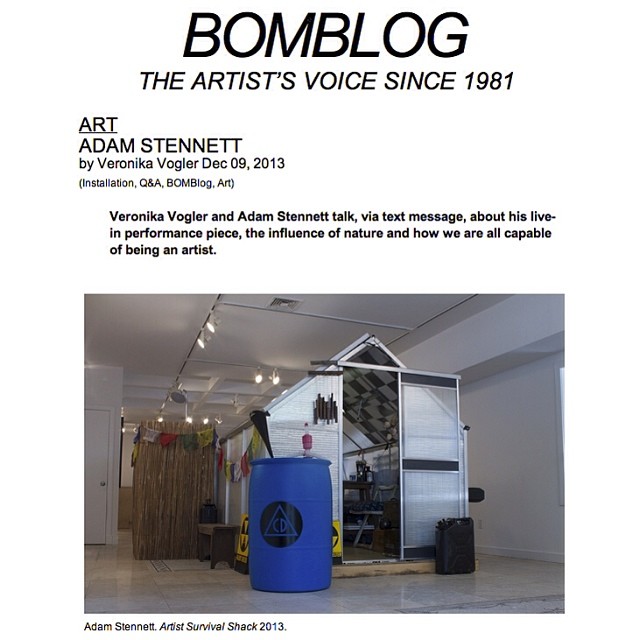 In 2008, after the crash of the art market, Adam Stennett found himself in a quandary that many were facing at the time of how to continue as an artist while sustaining an income. The Artist Survival Shack is designed as a performance piece, equipped with everything needed to live and paint, from an antique camp stove that uses kerosene to a biodegradable toilet that creates fertilizer. In preparation for his solo show at Glenn Horowitz Bookseller, Inc. this fall, Adam spent over a month living and working on 12 works for the show including object related pieces.

In late August, I had a chance to visit Adam at his remote Artist Survival Shack hidden in the brush of a Bridge Hampton golf course. He taught me to shoot Zen archery, a Japanese martial art that focuses not on the violent outcome but rather on the meditative process of movement. Weeks later, within the course of two days, Adam and I engaged in a 6 hour long text message conversation sifting through Heidegger, meditation and the tectonics of preparing for an exhibition while living in a 6.5 by 9.5 shack.