Woolf at the Beach! 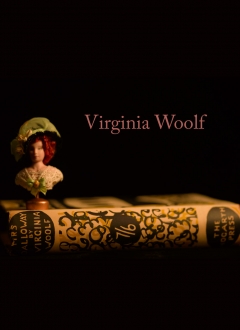 Glenn Horowitz Bookseller, Inc. is pleased to announce the exhibition of a world class Virginia Woolf collection in our East Hampton gallery throughout the summer.

This collection was built over the course of forty years by William B. Beekman, who, drawn to Woolf’s prose, bought his first Woolf piece as a Harvard undergraduate before her nephew’s 1972 biography brought her renewed consideration by the academy. This important collection documents Woolf’s life and work: From a childhood portrait taken just after her mother’s death, to letters from her husband and sister updating her dearest friend on the search for and ultimate discovery of Woolf’s body after her death, the collection spans Woolf’s entire life, shining a light into darker corners and brighter spaces of her youth and adolescence, her familial and romantic relationships over time, her printing and publishing work at The Hogarth Press and, of course, her own writing.

Highlights include much material previously unknown to scholars prior to Beekman’s purchase:   an early photograph of thirteen-year-old Virginia Stephen – years away from marriage to Leonard Woolf – in mourning for her mother; a letter from Woolf refusing a marriage proposal – by a married man; a leaf excised from Woolf’s March 22, 1923 passport, signed and filled-in as “Mrs. A.V. Woolf” – “A” for “Adeline,” her seldom-used Christian name; Gisèle Freund’s 1939 portrait of Woolf, which Freund shared publicly without Woolf’s permission, leading her to call Freund, in a letter to Vita Sackville-West, “[t]hat devil woman”; two love poems by Sackville-West for Woolf; letters documenting Woolf’s professional career and personal relationships, as well as many inscribed copies of the books she wrote and published; books from her library, spanning decades; dozens of letters and books Woolf sent to her cherished nephew, Julian Bell, who sought to follow in his aunt’s footsteps into the writer’s life, but was killed in the Spanish Revolution; and a series of letters from Leonard and Virginia’s sister Vanessa to Sackville-West on Woolf’s disappearance and death.

This collection also includes stunningly fresh copies of Woolf’s major works, difficult to locate in beautiful examples of the fragile dust-jackets as are here found. Woolf material of this quality appears with increasing rarity in the market today, as more and more archival items migrate to institutions, and are thus rendered permanently unavailable to private collectors.

Virginia Woolf: The Flight of Time, a catalogue documenting the Beekman collection, is available for purchase, in trade and limited issues, both illustrated with photographs by David Levinthal incorporating elements from the trove. The limited issue is slip-cased in quarter-morocco with a numbered print signed by Levinthal.

Writing in the New York Times, Charles Hagen said that, “what distinguishes Mr. Levinthal’s work is his interest in emotionally charged historical material. But the real force of his images comes not from his choice of subjects but from the way he tells their stories.” In Virginia Woolf: The Flight of Time, Levinthal alludes to the darker and lighter episodes and themes of Woolf’s life, to her well-known sadness and to her infectious vitality.