Todd Norsten: This Isn’t How It Looks 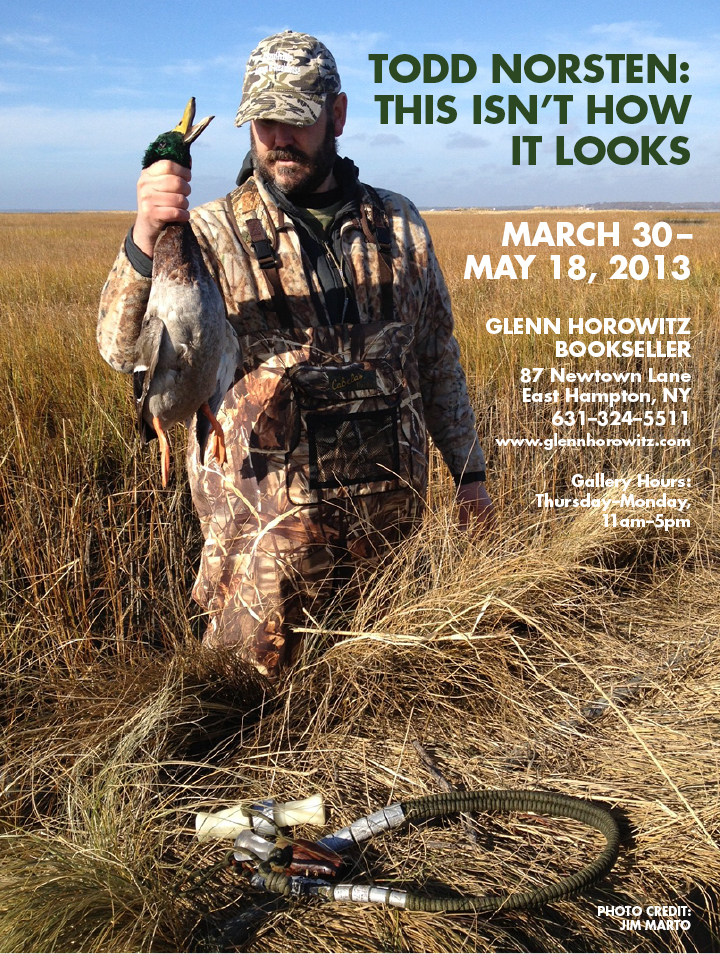 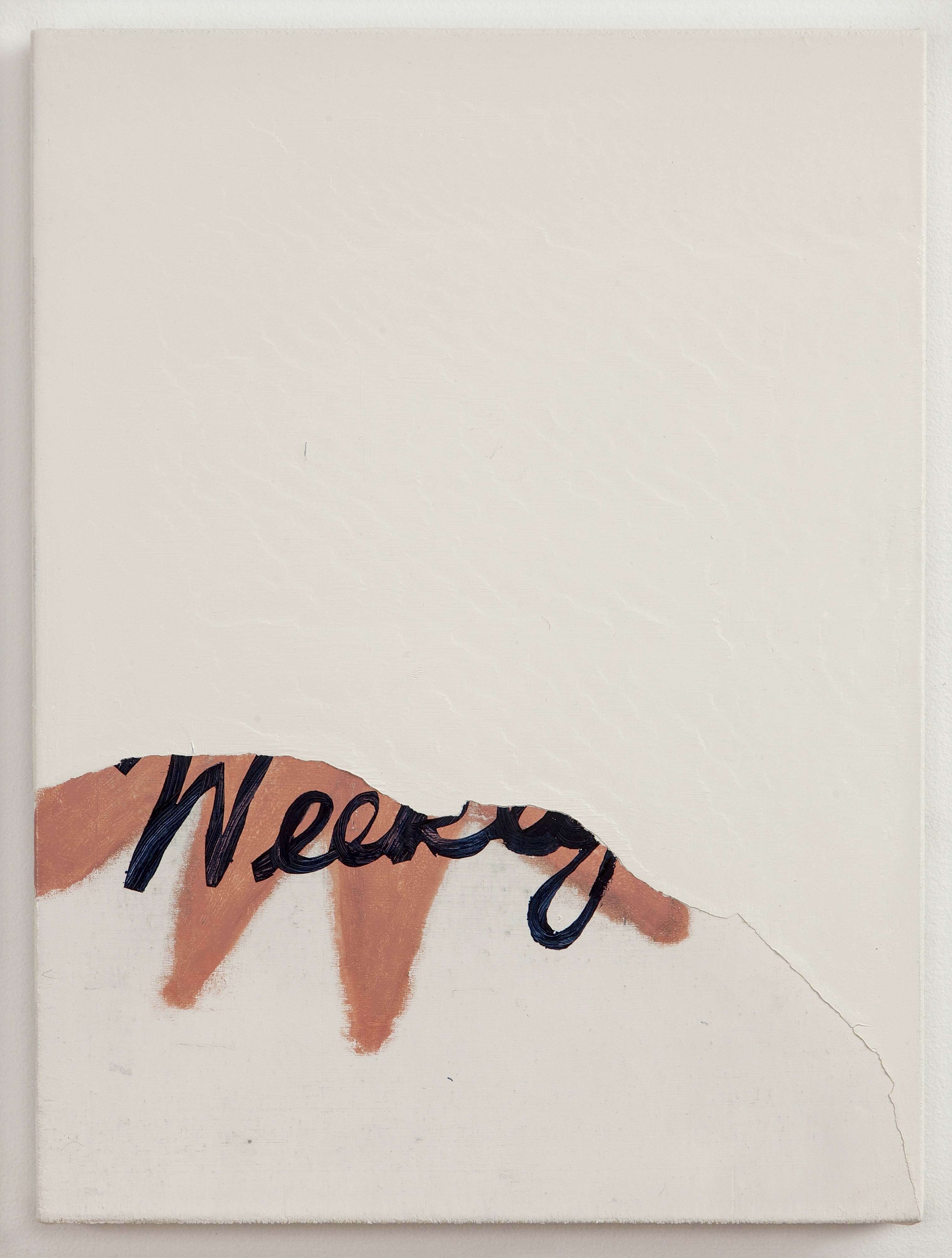 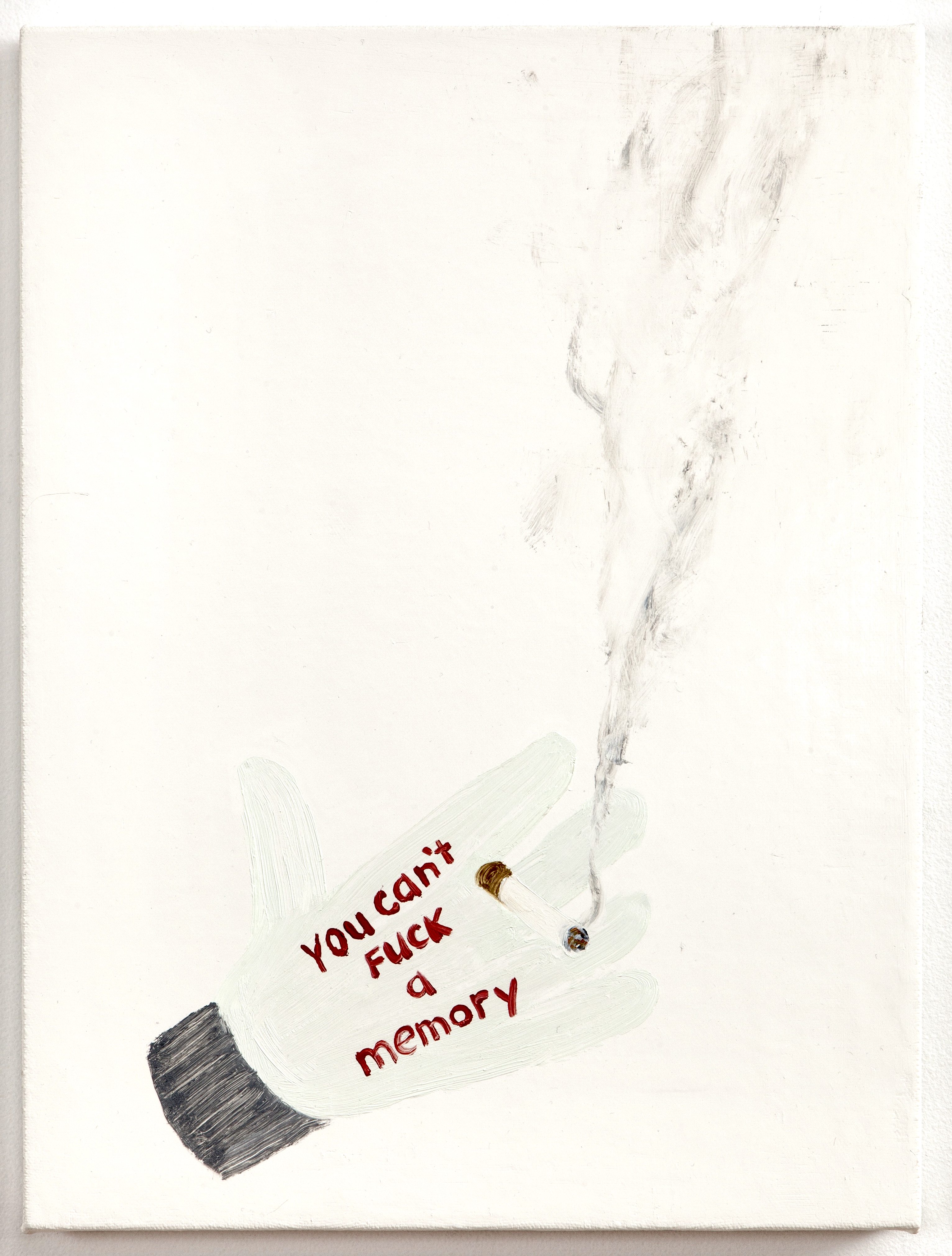 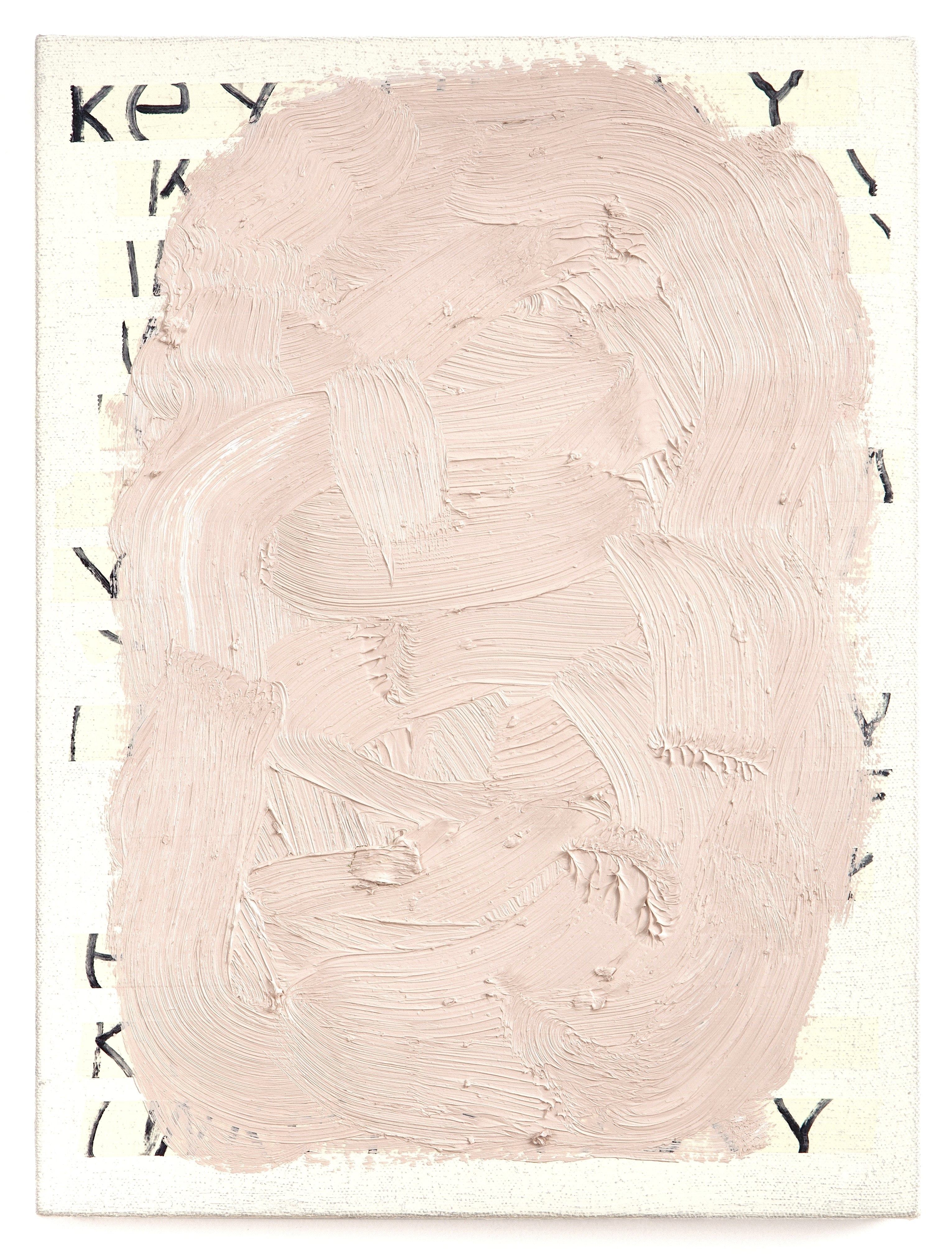 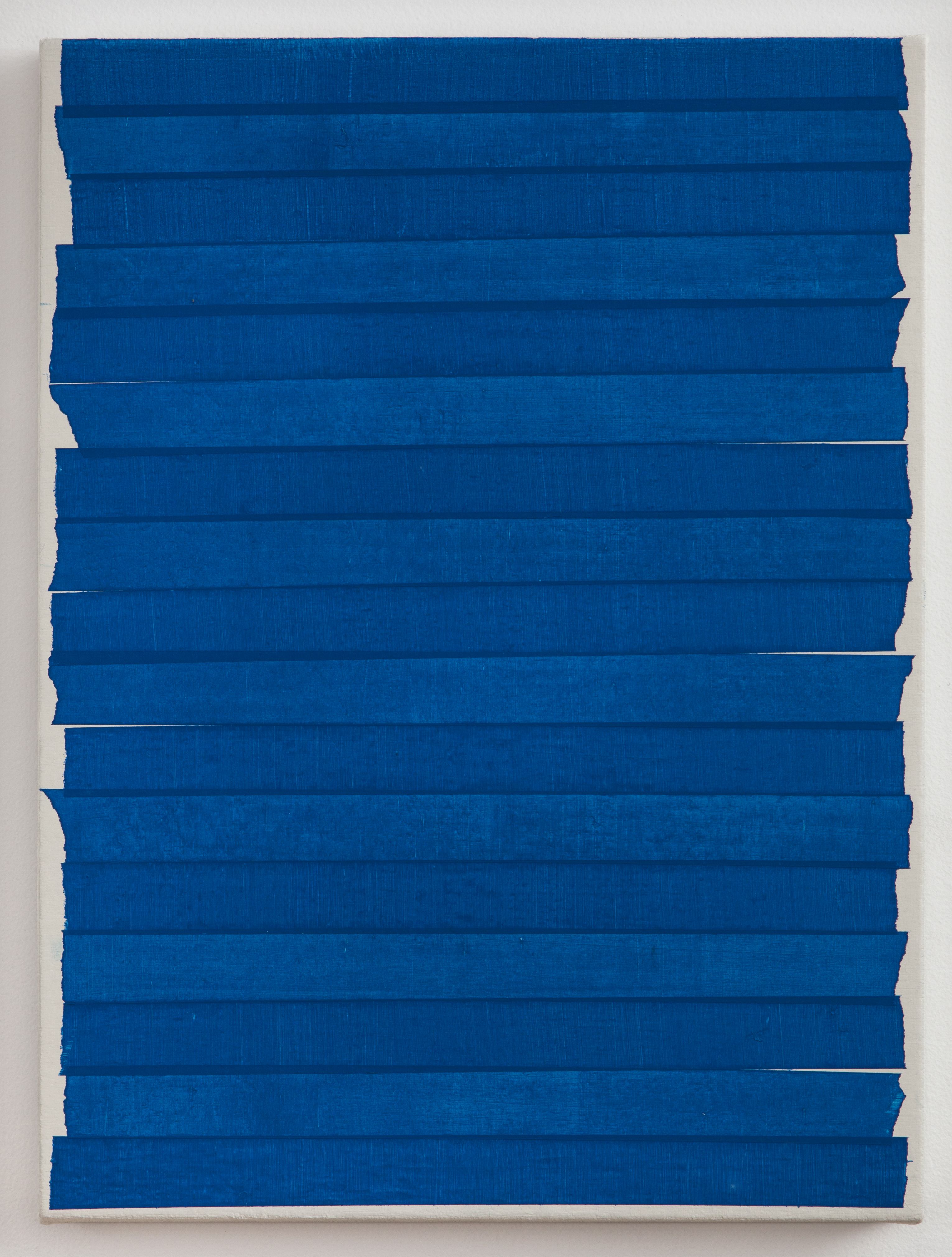 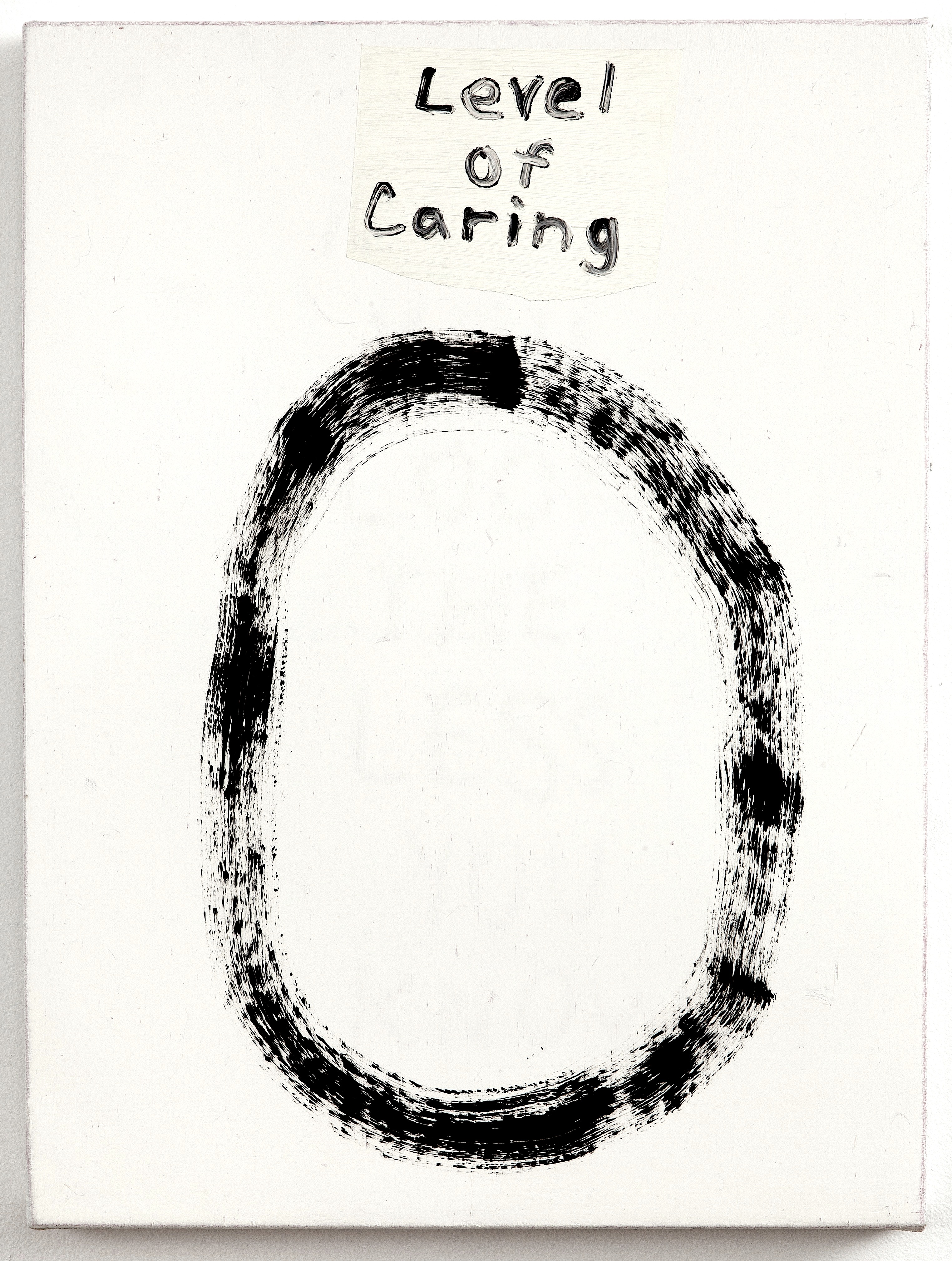 Glenn Horowitz Bookseller is pleased to announce This Isn’t How It Looks, a solo exhibition of recent works by artist Todd Norsten, opening March 30th and on view through May 18, 2013. A reception for the artist will be held on March 30th, 6–8pm.

When he’s not hunting or fishing on edge of the Great American Plains, Todd Norsten spends “a lot of time making paintings that look like they were done in three seconds.” This quote neatly packages Norsten’s insubordinate attitude towards high culture, as well as his shameless devotion to the act of painting.

The 25 works in this exhibition, dating from 2010–2013, range from deceivingly minimalist abstraction to text-based non-sequiturs. The more formal paintings on view are compositionally seductive, but it is the meticulous trompe-l’oeil depiction of mundane materials like Scotch and blue painter’s tape that truly intrigue. Bastardizing their minimalist arrangements, the tape paintings are rendered complete with bits of dust, fingerprints, and ragged edges. Norsten plays this realism/illusion modern/postmodern game again in a number of thickly painted works, their belabored surfaces stamped, incised with graffiti, or peeled away to reveal another painting beneath.

This irreverent collision of real world grit and art world artifice extends beyond the formal to the literal in Norsten’s image and text-based paintings. In the work Zero Level of Caring (2012), a rough black oval is articulated on a honey-smooth surface of white paint. Hovering over the zero is a dense, perfectly defined patch of off-white, upon which the crudely rendered words “level of caring” appear. This fastidious articulation of an object that so clearly states its indifference feels like a moment of fine art schadenfreude, though as exhibition title states, this isn’t how it looks.

Todd Norsten was born in Minnesota in 1967 where he continues to live and work. He has exhibited at galleries and museums in the United States, Europe and Asia, including The Walker Art Center, Minneapolis, and was included in the 2006 Whitney Biennial. His work is in the collections of British Museum, Minneapolis Institute of Arts and the Walker
Art Center, as well as numerous private collections.