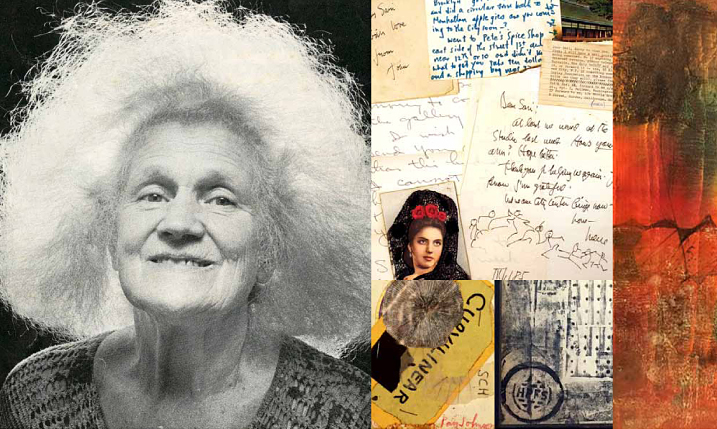 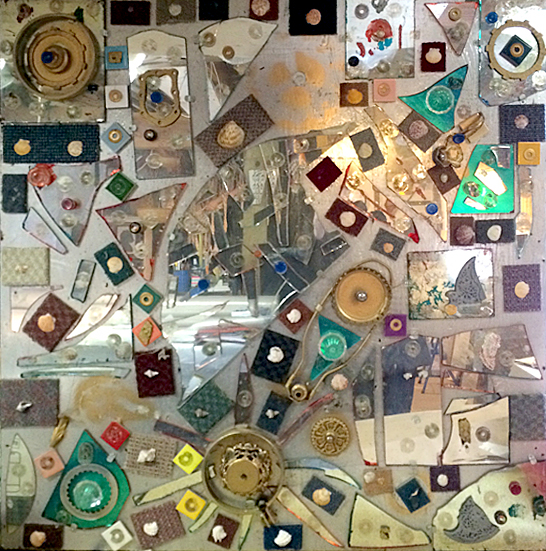 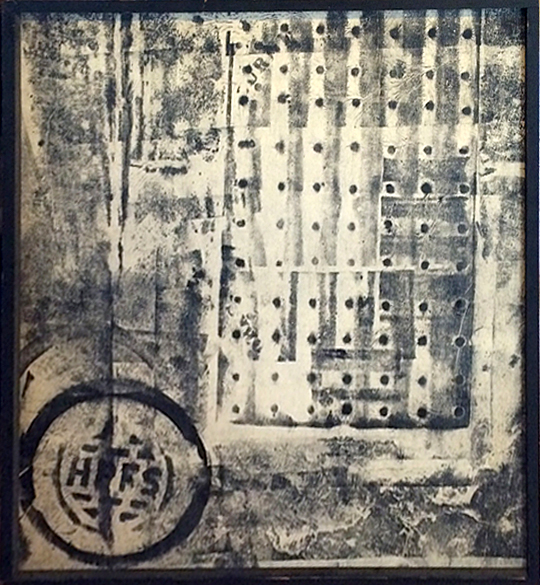 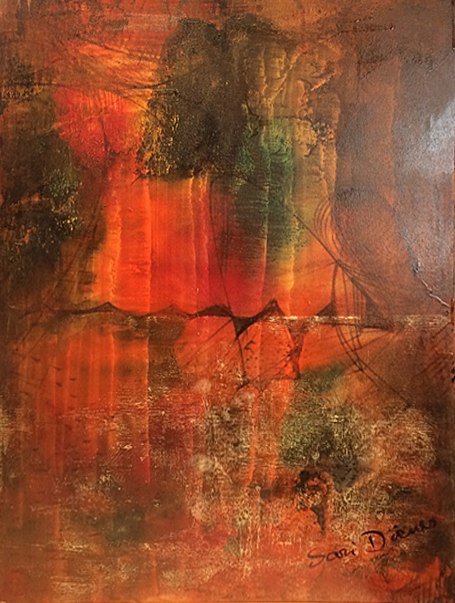 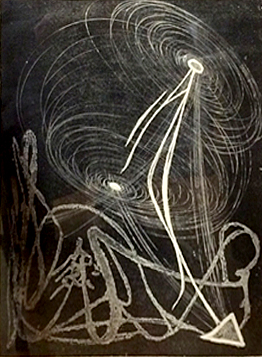 RARE is pleased to present both the archive and work of the Hungarian-born abstract artist Sari Dienes. The exhibition will be on display from March 27 through April 18, 2015.

Dienes (1898-1992) was an astonishingly versatile artist who incorporated Surrealistic forms, rubbings, and found objects into an extensive and diverse body of work. A student and later associate of Amédée Ozenfant in London and New York, as well as of Fernand Léger in Paris, Dienes created complex and richly textured pieces across a wide variety of genres—drawing, painting, printmaking, collage, textile design, and jewelry—and was a pioneering figure in the Assemblage movement.

She was also a prominent and influential figure on the New York cultural scene, establishing close friendships with John Cage, Merce Cunningham, and Ray Johnson, and employing both Jasper Johns and Robert Rauschenberg as studio assistants early their careers. It was Dienes, in fact, who provided Rauschenberg with the eagle he famously incorporated into Canyon, now on display at the Museum of Modern Art.

Additionally, Dienes was a founding member of the woman-owned and operated A.I.R. Gallery, and in 1976 was presented with the International Women’s Year Award for her contributions to the art world. Her work is in the collections of the Museum of Modern Art, the Brooklyn Museum, and the Menil in Houston, and was recently featured in shows at both The Drawing Center and Pavel Zoubok Gallery. It is currently part of the Apparitions exhibition at the Hammer Museum in Los Angeles, which travels to the Menil in September.

RARE will present a survey of Dienes’ remarkable life through selections from her varied artistic output in conjunction with previously unseen items from her personal archive, among these correspondence from Cage, Johnson, and others; exhibition notices; A.I.R. Gallery documents; photographs; address and guest books; and her unique and recently restored Letterbox, sure to be a highlight of the show. A special screening of Martha Edelheit’s short film on Dienes—Hats, Bottles, and Bones—will also be shown; please visit our website for event details.

Artwork presented with the generous cooperation of Pavel Zoubok Gallery (www.pavelzoubok.com), the representative of the Sari Dienes artistic estate, and the Sari Dienes Foundation (www.saridienes.org).