Ruth Ford, Model and Muse: A Life in Photographs 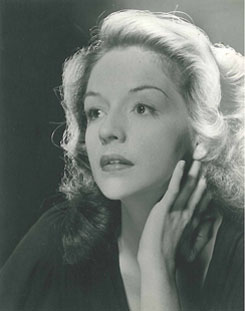 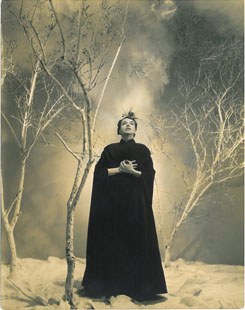 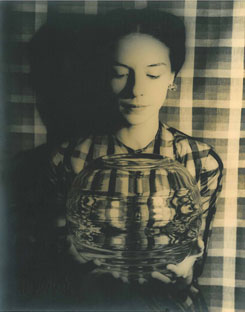 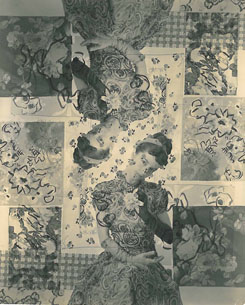 John McWhinnie at Glenn Horowitz Bookseller is very pleased to announce our latest exhibition – Ruth Ford, Muse and Model: A Life in Photographs. The show will comprise of photographs and art works from Ruth Ford’s personal collection documenting a life and career that spanned five decades in the worlds of modeling, acting and literary endeavor. The exhibition will run from March 4th through April 3rd 2010.

Model, actress, muse and hostess, Ruth Ford’s gregarious appetite for life saw her pose for some of the most important photographers of her era, act in plays written by the leading playwrights of her generation, inspire the attachment of avant-garde figures of the day, and establish a salon in her own home that was the talk of the town. She numbered among her friends Cecil Beaton, Tennessee Williams, Truman Capote, and Andy Warhol. Among her romantic conquests were Edward James, Orson Welles, Joseph Cotten, and Zachary Scott. During one of her parties in the Dakota building, Stephen Sondheim was famously introduced to librettist Arthur Laurents, which led to their collaboration with Leonard Bernstein on West Side Story. Other introductions she is credited with are introducing her brother, the poet Charles Henri Ford to Andy Warhol (who in turn introduced Warhol to Gerard Malanga), and the spouses-to-be, Berry Berenson to Anthony Perkins. Ruth is also credited by Kay Thompson and Hilary Knight with bringing them together to develop the celebrated stories of Eloise, the little girl who lived at the Ritz.

Born in Brookhaven, Mississipi, Ruth’s family were hoteliers, and she and her younger brother Charles grew up travelling from state to state as required by the business. In the mid 30s she followed her brother to New York and was introduced to the rarified artistic community he had found for himself. An attractive, self-advertising, and creative duo, they were a social hit. The painter Pavel Tchelitchew was stricken and began a life-long relationship with Charles, and helped promote Ruth as a photographic model. Ruth worked with photographers Cecil Beaton, Man Ray, Carl Van Vechten, and George Platt Lynes. In 1935, while working in Paris, she met the Surrealist patron Edward James who fell heavily for her. She declined James’s offers of marriage and returned to New York where she sought work as an actress, and was eventually hired by the young Orson Welles’ Mercury Theatre. She acted in two of Mercury’s productions – The Shoemaker’s Holiday, and Swingin’ the Dream – as well as appearing in the director’s lost play/film production, Too Much Johnson. When she moved to Hollywood to work in motion pictures much of her good luck with connections deserted her and the ensuing years saw her starring in a string of forgettable films, prompting Tennessee Williams to describe her as “the Bernhardt of Grade B pictures”. She returned to New York in 1946 where she focused on stage work appearing in Shakespeare and Strindberg plays, and worked with Edward Albee, John Huston, and Paul Bowles. William Faulkner’s play adaptation Requeim for a Nun was written with her in mind and she took the central role alongside Zachary Scott, her second husband, in 1957, touring through London, Paris, and Berlin. Later stage roles were in the 1964 revival of Williams’ The Milk Train Doesn’t Stop Here Anymore, with Tallulah Bankhead, Dinner at Eight, The Grass Harp, and Harold and Maude.

But it was Ruth’s prominence as a hostess, and the salon she created in her Dakota building apartment on the Upper West Side for which she is best remembered and revered. Friends of every stripe and order were welcomed and she delighted in drawing together unfamiliar figures and networks. A party she hosted for author Isak Dinesen (Karen Blixen) in 1958 was cited as one of the greatest ever given in the storied building’s history. She drew upon her connections in the literary, visual and performing arts to gather the most intriguing of mixtures. Her web reached wide enough to draw in reclusive figures such as Joseph Cornell, who was an admirer and fond correspondent. She enjoyed creative correspondences also with fringe figures such as Stephen Tennant, the effetely fabulous “Bright Young Thing” from Britain’s 1920s, and with the enigmatic Ray Johnson, who founded the New York Correspondence School for mail art.

Dismissing her acting and modeling work as secondary she once said, “My life has been too exciting, too wonderful to let anything else, and that includes acting, come first.” Including the photographs of George Platt Lynes, Cecil Beaton, Man Ray, Carl Van Vechten, Louise Dahl Wolfe and Norman Parkinson, with contributions by Joseph Cornell, Ray Johnson, Joe Brainard, Stephen Tennant and Robert Mapplethorpe, this exhibition offers just a taste of that exciting, wonderful life.