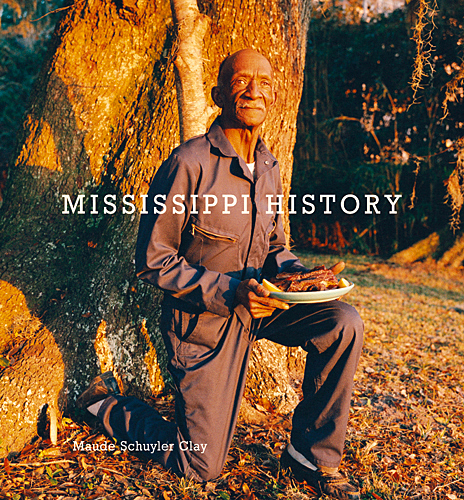 Please join us Wednesday, December 9th, from 6-8 pm, for an event celebrating the publication of Mississippi History by Maude Schuyler Clay, with a foreword by Richard Ford.

Maude Schuyler Clay started her color portrait series Mississippi History in 1975 when she acquired her first Rolleiflex Twin Lens Reflex camera. At the time, she was living and working in New York and paying frequent visits to her native Mississippi Delta, whose landscape and people continued to inspire her. Over the next 25 years, the project, which began as “The Mississippians,” evolved in part as an homage to Julia Margaret Cameron, a definitive pioneer of the art of photography. Clay’s expressive, allegorical portraits of her friends, family and other Mississippians, as well as her artful approach to capturing the essence of light, are the driving forces behind her recollection of moments of family life in Mississippi in the 1980s and 90s.

Both Ms. Clay and Mr. Ford will be in attendance at this event.

Please RSVP by 12/7 to info@glennhorowitz.com.