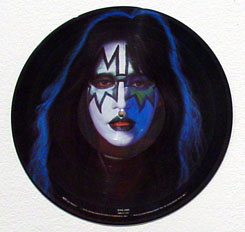 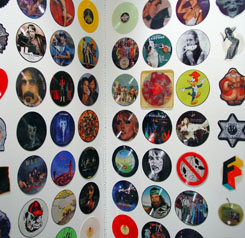 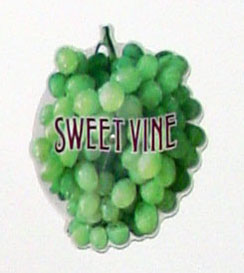 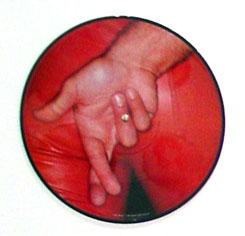 The music media and industry goes back and forth on the issue of whether vinyl production is tenable in today’s technologically advanced audio culture, and on whether it may even be preferable to more recent forms of music recording and dissemination – cds and MP3s. Many vocal defenders of vinyl cite it as the superior format imparting both a “warmer” sound and a more intimate experience of music listening. Certainly it is a more involved procedure requiring use of a turntable and a careful handling of the medium. The scale of vinyl records is typically larger and many lament along with its “passing” the demise of the singular genre of packaging design specific to vinyl LPs, a classic template which engaged so many talented designers and artists for decades. It must be acknowledged that the visual impact of the much smaller (soon to be defunct?) CD package design falls well short of those bolder canvasses.

The evolution of the colored vinyl record, and later the illustrated and shaped vinyl disc, served as an extension of this visual aspect of music packaging and marketing of the era. From colors to images nothing was too wild to be pressed into the service of music promotion. It is unlikely that we will see again in vinyl form the riotous profusion of ideas, brilliant and banal, inspired and indigestible, that emerged at the peak of vinyl’s sway, the nineteen seventies and eighties. Many of these display pieces are proof in measure that there is indeed no such thing as a crime of pop excess.

The sad truth about vinyl as a medium is that it is fragile, almost ephemeral, prone to degradation and breakage. As we move further and further from that period vinyl appears more and more collectable, imbued with preciosity and nostalgia. The limited edition pressings of color, illustrated and shaped records – once popularly derided as crass and redundant forms of the medium – naturally ascend in this milieu, taking on a special sense of this character of a by-gone-era. No doubt traces of this specialness adhere to some arguments in favor of vinyl over new media. Post-vinyl generation music enthusiasts experience the format as exotic in contrast to the sea of cd and digital audio units that currently prevails. Collection and preservation of vinyl becomes a specialization of sorts. The listening to vinyl takes on an almost ritualistic character, requiring the careful handling of the record, the observable mechanical functions that initiate the auditory experience, and the requirement of stationary proximity to the record player; all quite unusual in today’s carefree, mobile listening environment. All of which is to say, once again, that nothing stays the same and that, as the expression goes, there are revolutions per minute.