Paton Miller: The Edge of the World 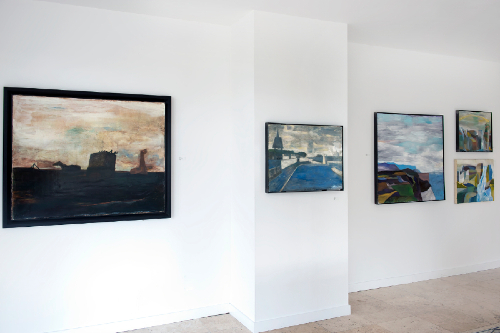 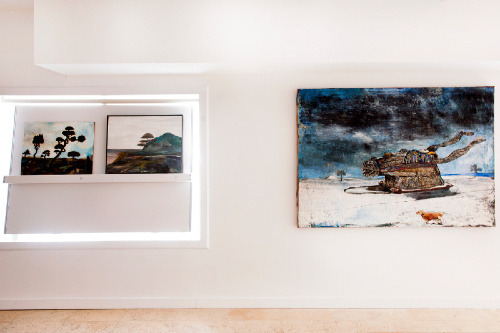 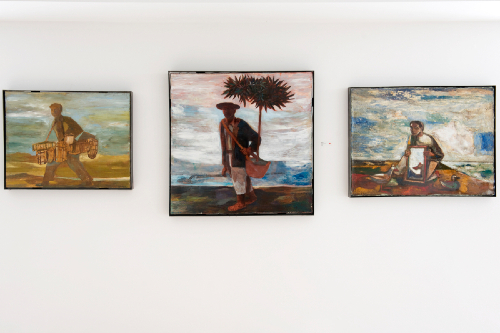 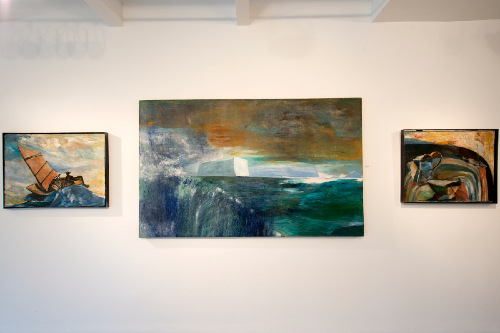 Glenn Horowitz Bookseller is pleased to present “Paton Miller: The Edge of the World,” an exhibition of recent and older paintings and drawings which reflect the artist’s life-long exploration of the interface between the land and the sea.

Paton Miller’s work is highly narrative, a distinct notion that colors the world which his often peculiar, yet archetypal, subjects inhabit. Characters, objects, and landscapes simultaneously share a stage on which individual acts from the artist’s grand production communicate a sense of universal storytelling. Both literally and figuratively, it is the duality of the “edge of the world” and the “beginning” of another that his work strives to represent.

Growing up in Hawaii, Paton Miller’s childhood was spent on the shore and in the ocean, a perfect meeting place of the elements that would later influence his art. After leaving his home in Hawaii to journey through Asia in 1974, Miller arrived on the East End of Long Island with a collection of travel-inspired artworks that won him an art scholarship to Southampton College, from which he subsequently graduated with honors. Since then, Miller has launched a career that has resulted in over twenty solo and numerous group exhibitions in the United States and internationally, and his paintings are currently among the most widely collected works between the East End of Long Island and New York City.

For more information, please contact Scott Bluedorn at easthampton@glennhorowitz.com or 631-324-5511.