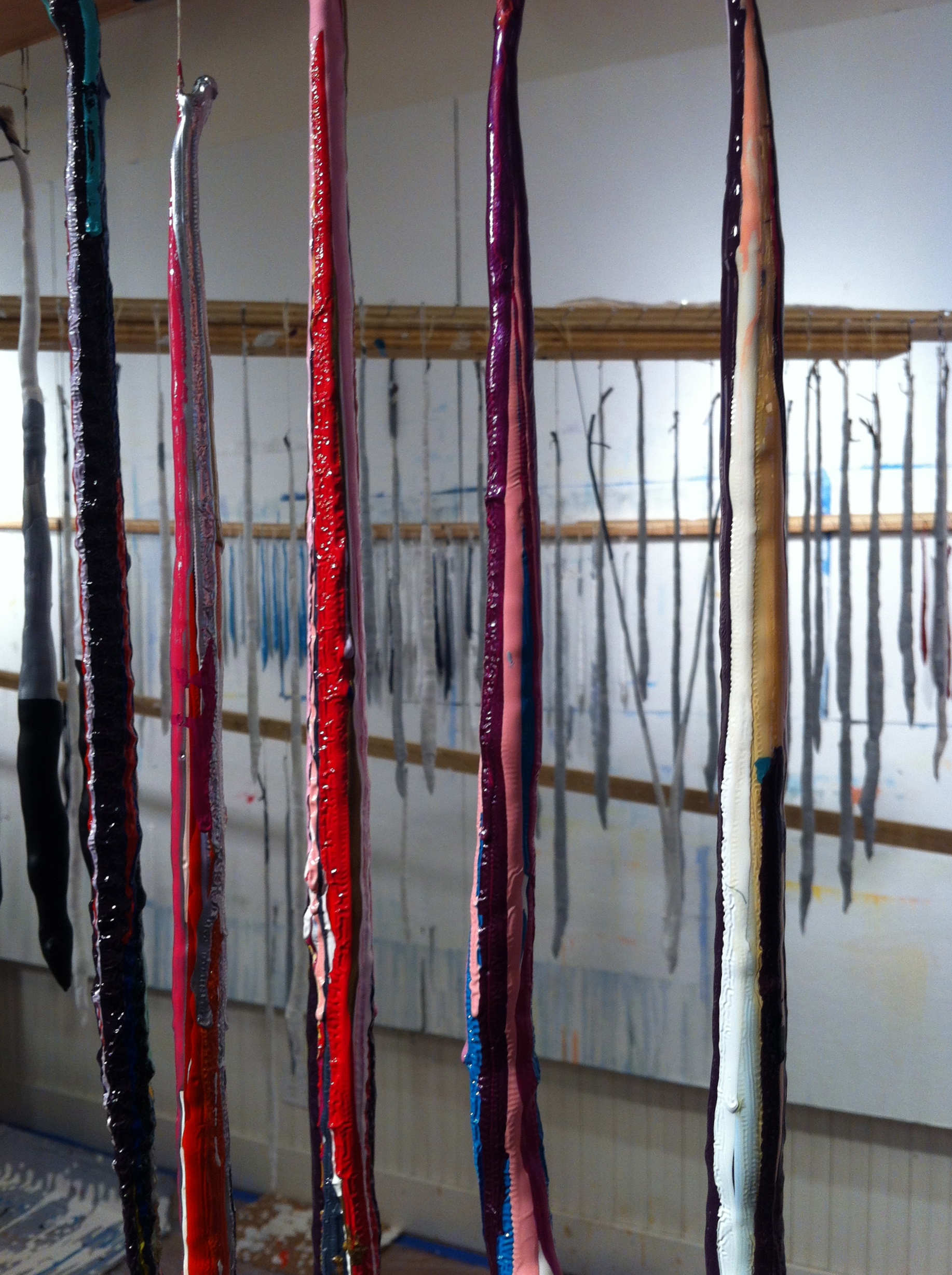 Glenn Horowitz Bookseller is pleased to announce Strands, an installation by artist Matthew Satz, opening March 2, 2013 and on view through March 23rd. A reception for the artist will be held on March 2, 2013, from 6-8 pm.

For artist Matthew Satz, process and concept are intertwined and this is never more apparent than in his Strand paintings, a series of works that represent a painting in its most minimal form. According to Satz, “The strand isolates Jackson Pollock’s “drip” and challenges Barnett Newman’s “zip” and his approach lies in a reverence for traditional painting and its evolution.

The exhibition will feature a variant of the mechanism with which Satz creates these works, demonstrating how each single Strand contributes to the creation of a series of By-product paintings. Revealed is the artist’s ongoing investigation of an artwork that is actively painted vs. passively painted and the process in which one artwork is utilized to make another.

The Strands are presented in their many forms: as singular paintings, grouped in Bouquets, and as wall installations. Each variation provides a context in which to engage the viewer in the individual object, the relationships found between them and the spatial concerns of installation art and sculpture. Matthew Satz received a BA in Fine Arts from Brandeis University in 1993. His work is shown internationally, and has been acquired by both private and public collections, including Yale University, New Haven, CT and
Parrish Art Museum, Southampton, NY. Recent commissions include Prince Albert of Monaco and Memorial Sloan-Kettering, NY. The artist currently lives and works in East Hampton, NY.