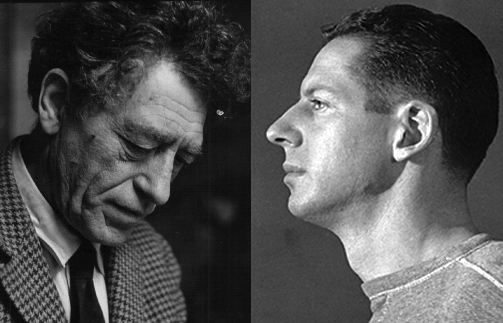 “Matter/Giacometti” will examine Swiss designer and photographer Herbert Matter’s visually stunning book on his fellow countryman, the artist Alberto Giacometti (1901-1966), a project on which Matter labored for nearly 25 years. This is the first time the book, and its associated materials, have been the nucleus of a show, with all the items derived directly from either Matter’s personal archives or sources connected to Giacometti.

Friends since 1950, Matter (1907-1984) began photographing Giacometti and his work inside the artist’s rue Hippolyte-Maindron studio in 1960. As much artistic statement as documentation, his images utilized unusual camera angles and perspectives to capture the dramatic nature and construction not only of Giacometti’s pieces, but also the sculptor’s own famously idiosyncratic countenance. Matter subsequently collated the photographs into a profusely illustrated book, overseeing every aspect of its design and composition until his death in 1984. It was published posthumously by his wife Mercedes in 1986.

The exhibition will display a selection of 26 framed vintage Matter photographs—some with his handwritten notes—in conjunction with previously unseen process materials from the project, including negatives, storyboards, edition maquettes, typeface designs, annotated typescripts, and posters, as well as autograph letters and archival material related to both artists.