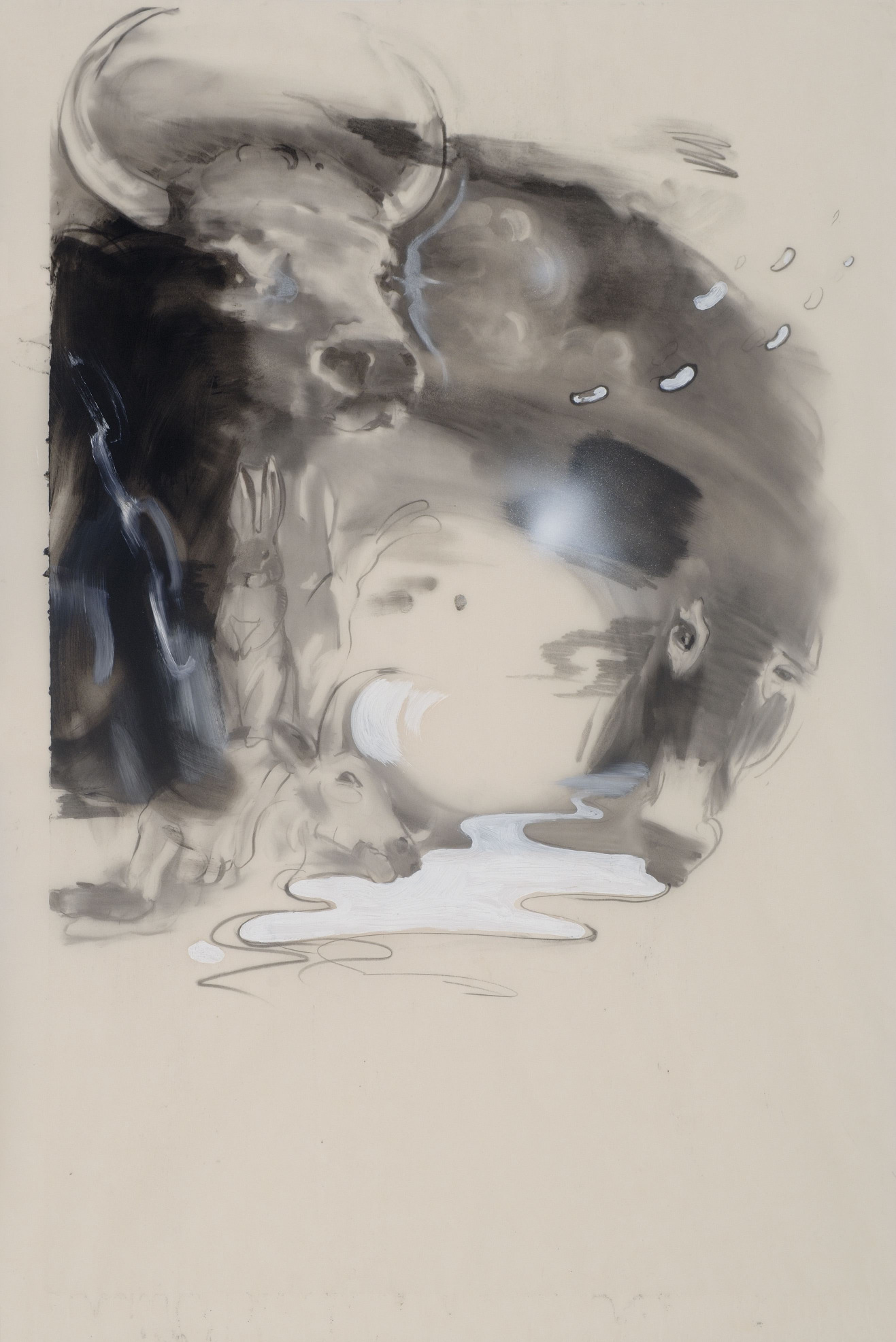 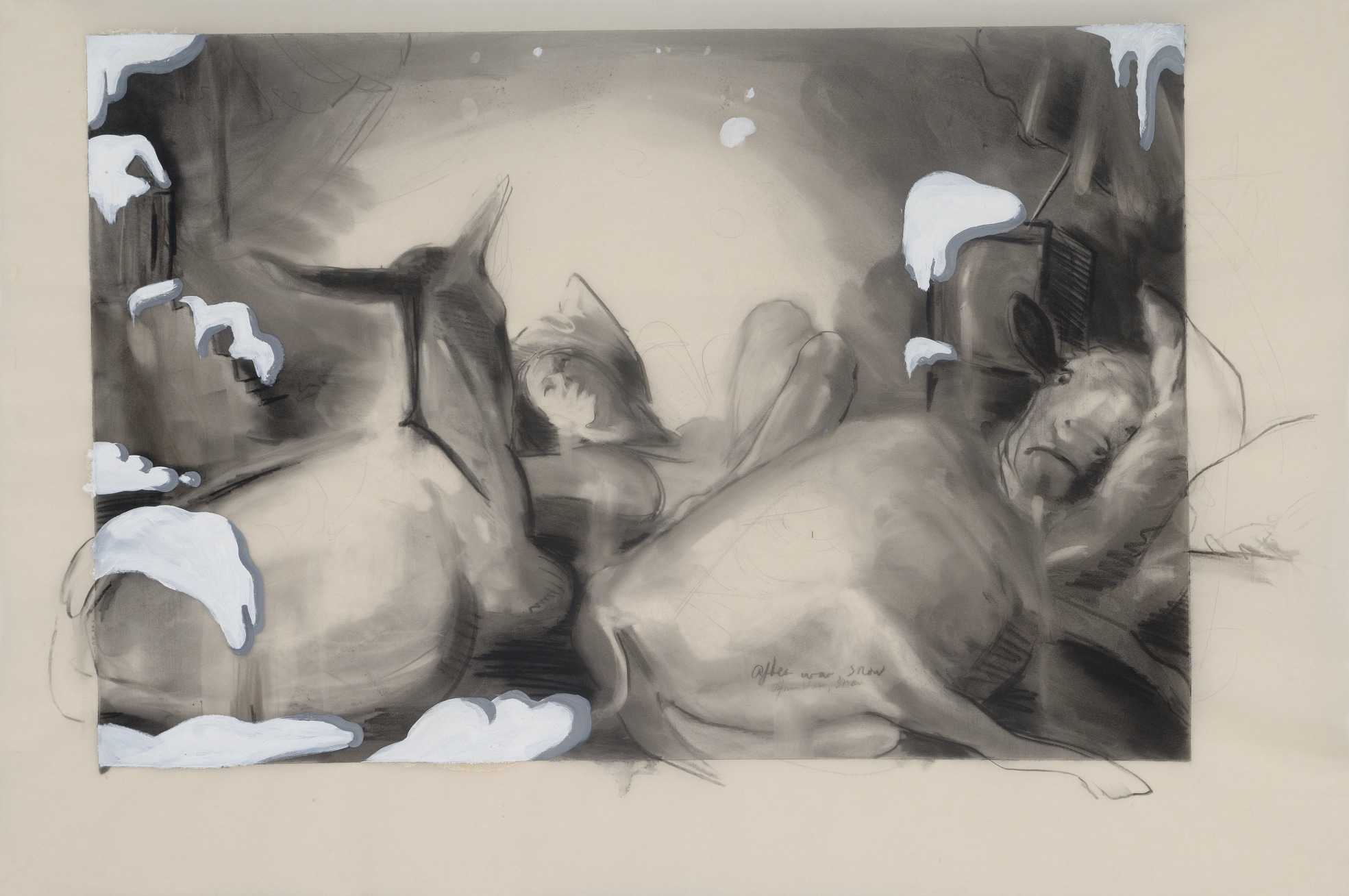 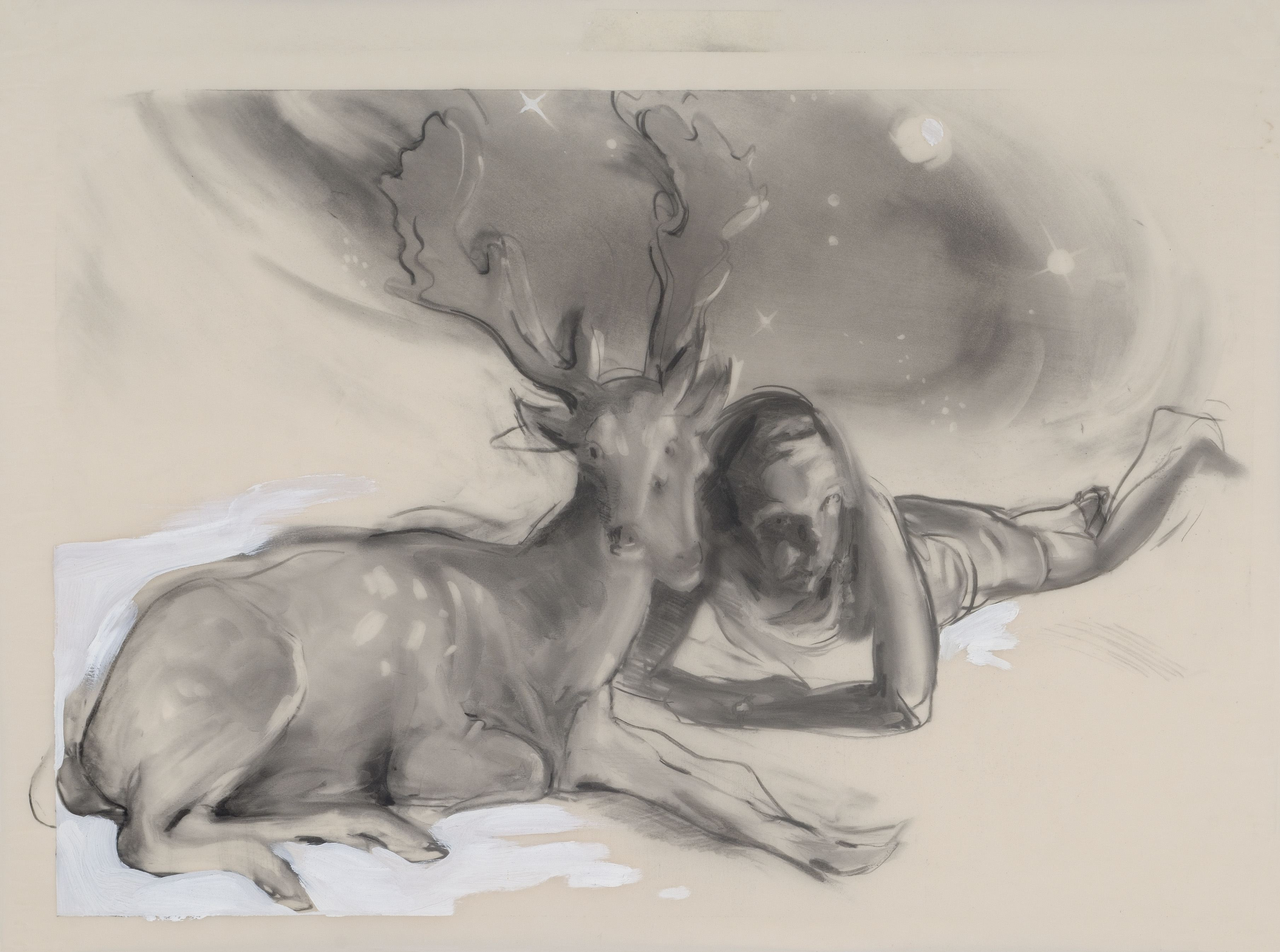 In Winton’s drawings, pastoral landscapes and sweet-faced faunae mingle with an undercurrent of Sturm und Drang. Five large-scale drawings in charcoal, graphite, and airbrush depict a number of doe-eyed beasts whose surroundings are tinged with man-made catastrophe. Perhaps the drawing that most closely captures the empathy in Winton’s conceptual arc is Me ’n’ You 4Ever, in which Winton herself is lying protectively beside a docile deer, both gazing cautiously at their human audience. A series of brightly colored works in oil on Yupo paper demonstrate Winton’s ability to interweave cultural symbols, art historical references, and pop culture. Her animated subjects dart through their painterly expressionist surroundings, punctuated with the vernacular of cartoon-based illustration.

Lucy Winton lives and works in New York City and East Hampton. She has recently exhibited at Danese Gallery in New York, and the Parrish Art Museum in Southampton, where she is also in the permanent collection. Her work is several private collections, including those of Lisa Phillips, April Gornik, and Neda Young.