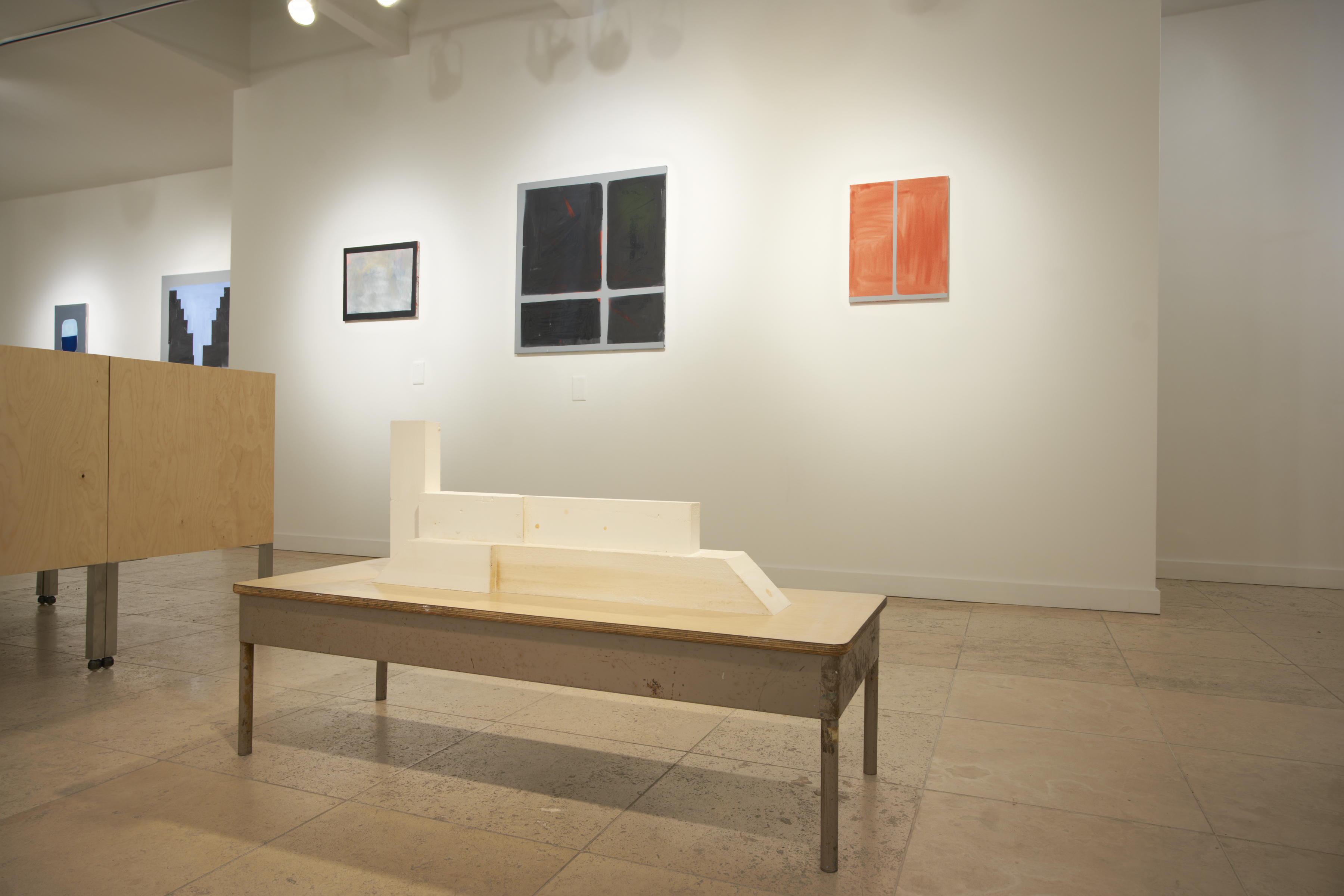 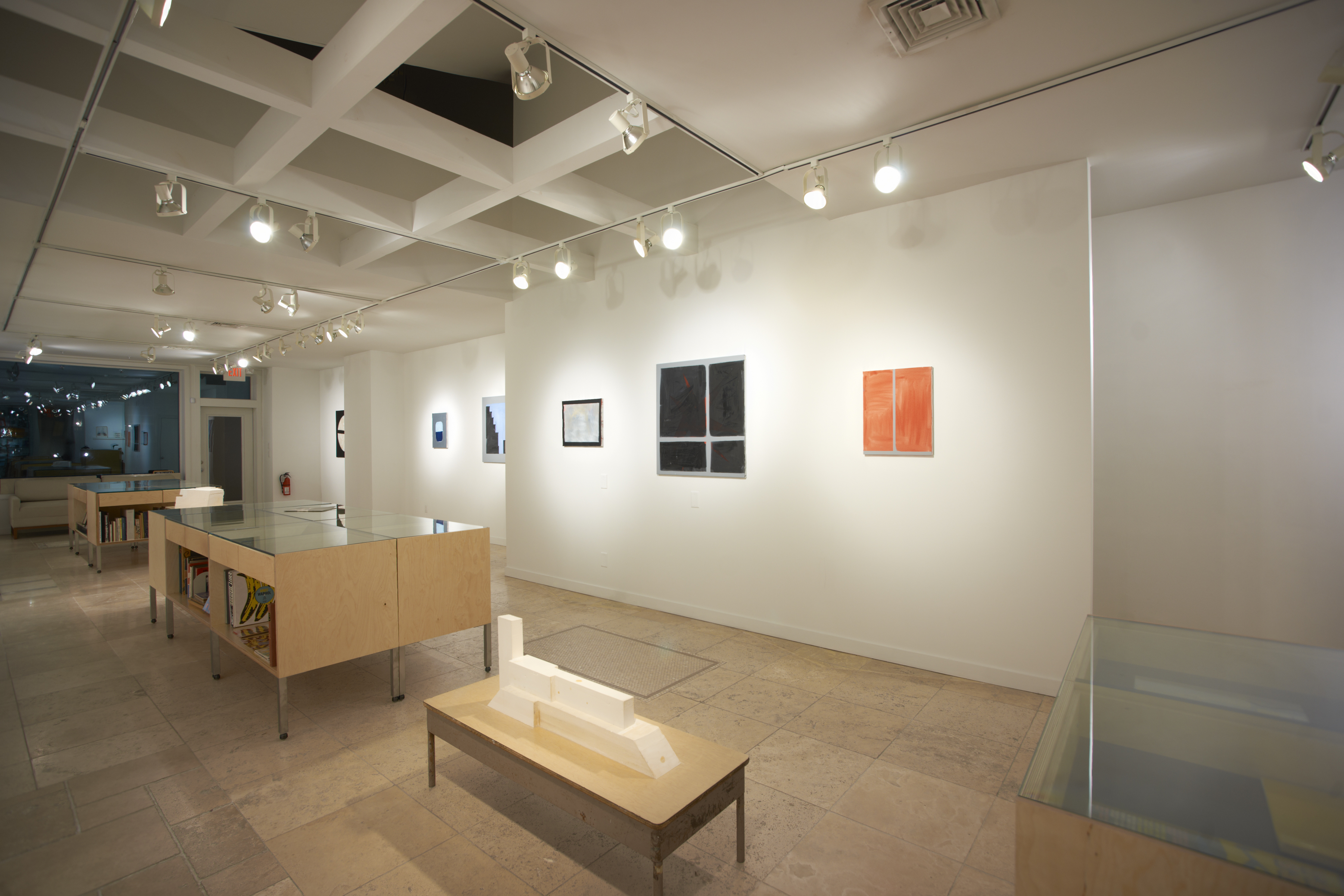 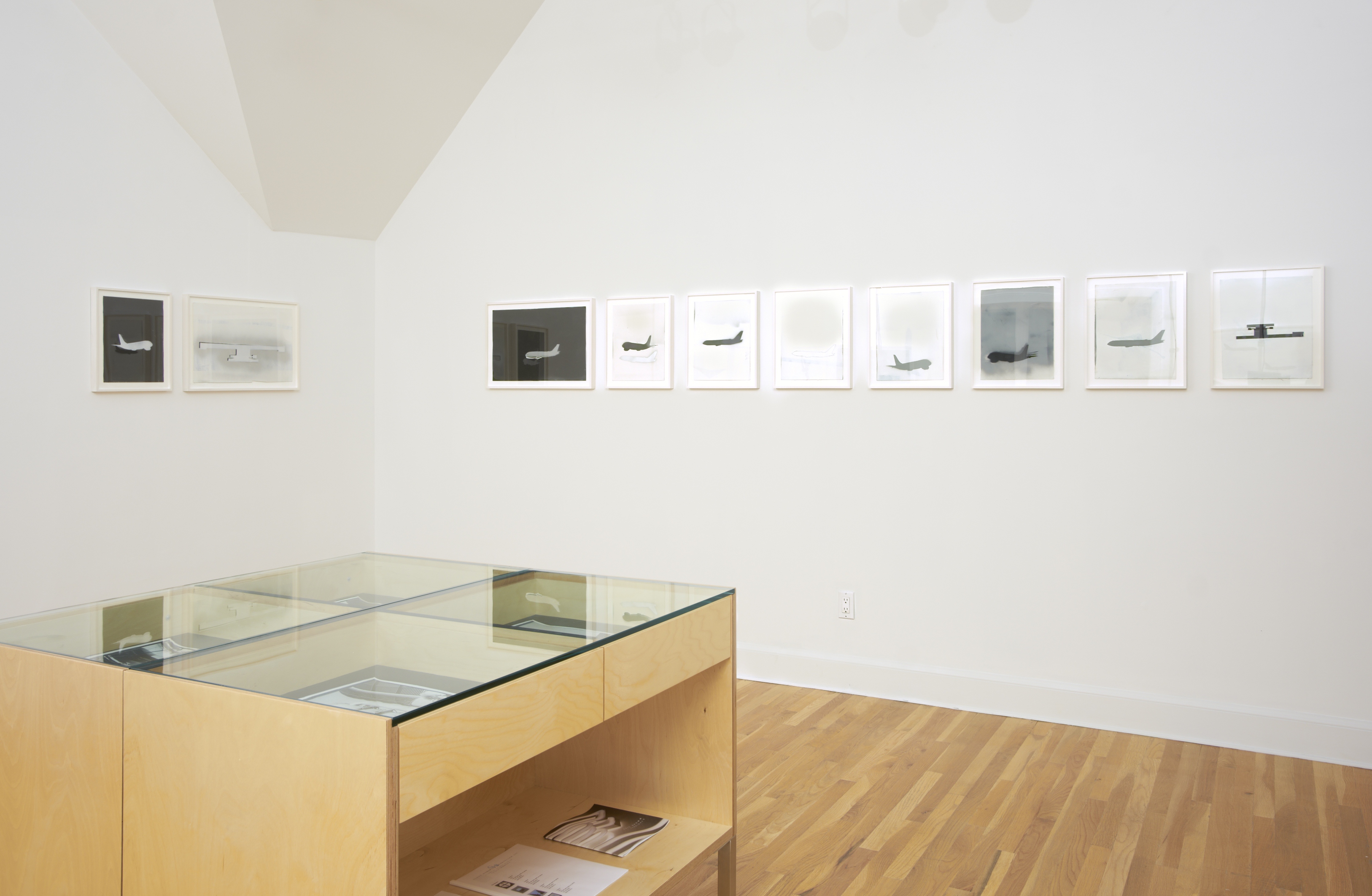 Glenn Horowitz Bookseller is pleased to announce In Transit, a solo exhibition of paintings, sculpture and works on paper by artist Eric Brown, opening September 29 and on view through November 4, 2012. A reception for the artist will be held on September 29, 6-8 pm.

Eric Brown’s source material is typically based in the two-dimensional architectural plans of airport structures, runways, bridges and highways. His attachment to this imagery communicates a personal exploration of what, according to the artist, it means to be “in constant motion, some place in between, coming from or going to somewhere else.”

Brown employs both minimalism and painterly abstraction in his most recent series of paintings. In these works, a uniform layer of spray paint — frequently in the form of a window or screen — is laid over a more intuitive and gestural oil painting. The under-painting hints at an industrial landscape, and is often wiped out by the artist in process to diminish any representative value. By cancelling out the preciousness of the oil-rendered imagery and subsequently “framing” it in flat commercial paint, Brown asks the viewer to look at both the minimalist picture plane — and into or atthe painting.

Included in the exhibition are two sculptures from an ongoing series of works fabricated from cast plaster and situated on salvaged school desks. These elegantly composed forms, fused to their nostalgic pedestals, are again based in a kind of utopian yet discrete architecture and reflect the artists “young imaginations of the future — daydreams of how the future might take shape”.

A suite of paintings on paper from Brown’s 2009 artist’s book, INFLIGHT (Regency Arts Press), will also be on view. These works and explores the foundations of his current body of work.

Eric Brown was born in Argentina, raised in Maine, and has been living and working in New York for over 10 years. He received an MFA from Pennsylvania Academy of Fine Arts in Philadelphia in 1996, and a BFA from University of Southern Maine. In the past decade, Brown has been the focus of five solo exhibitions in New York, and has participated in over 20 group exhibitions throughout the US and internationally. His work is in the collection of the Walker Art Center, as well as several prestigious private collections.