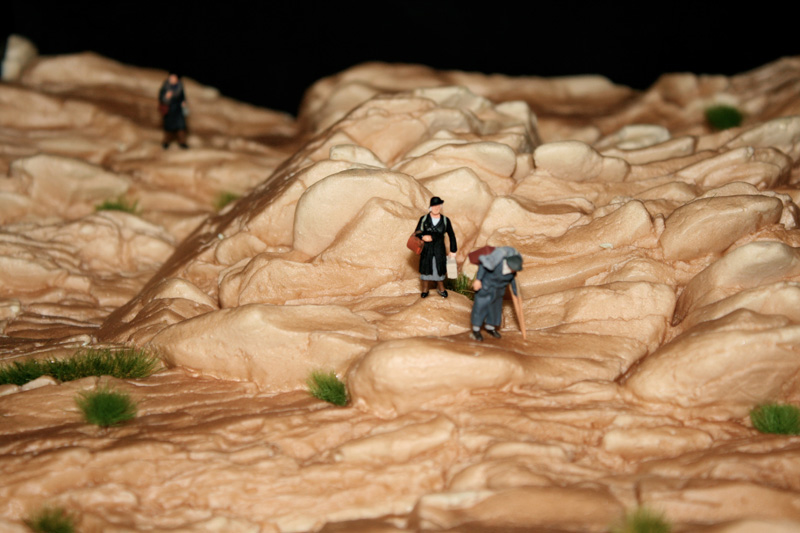 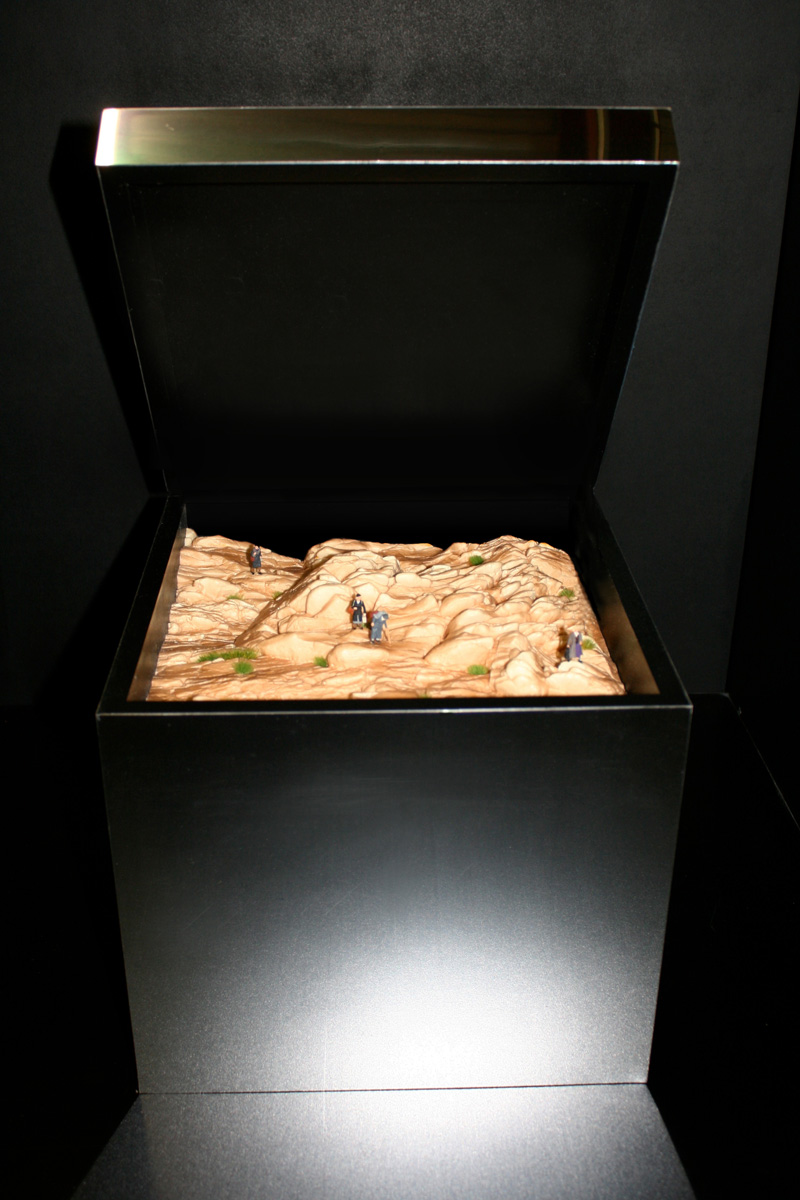 John McWhinnie at Glenn Horowitz Bookseller is very pleased to announce our forthcoming exhibition, Dream Sequence 3:52:29 am–3:56:12 am by Michael Counts. The show will open with a reception on April 7th and run through May 7th, 2011, consisting of five out of ten sculptures made to accompany the Monodramas production he is directing at the New York City Opera. Monodramas is a series of three one-act operas by John Zorn, Arnold Schoenberg, and Morton Feldman and also features the work of choreographer Ken Roht, motionographer Ada Whitney, and video artist Jennifer Steinkamp. Acclaimed composer John Zorn’s monodrama, La Machine de l’être, inspired by the drawings of Antonin Artaud, is part of the extended sculptural sequence by Michael Counts.

Michael Counts has spent his career as an artist in exploration of a total, unified work of art. His multi-media artworks trace the boundaries of sculpture, theatre, music and live performance. He brings boundless curiosity and artistic vision to Monodramas, his directorial debut with the New York City Opera, in a program meant to challenge the traditional experience of opera and take it beyond its physical boundaries within the opera house. To that end, he has created a production uniting the opera house with its surrounding architecture, taking key leitmotifs from each dramatic production and artistically expressing them within ten sculptures which he has situated in the Opera house’s lobby, mezzanine, and across town at John McWhinnie @ Glenn Horowitz Bookseller, an art gallery and rare book shop, where five of the sculptures will be exhibited. The architecture of the opera house, in a way, is a reflection of the sculptures and ultimately of the mind. The sculptures are contained miniature worlds with details that draw the viewer in, allowing for an intimate experience. Counts’s cube sculptures are made of highly polished and reflective surfaces, containing dioramic scenes within, recalling a line from Gaston Bachelard’s book, The Poetics of Space, in which he claims, the “miniature is one of the refuges of greatness.”Together these sculptures and the actual operatic production constitute Counts directorial vision for Monodramas, a vision that takes the traditional role of director beyond the staged production and out into the world, fusing it with his artistic identity as a sculptor and visual artist.

In each Monodrama, a female protagonist recalls her harrowing journey through a suggested, but unexplained spiritual crisis. For each inner drama, Counts suggests the protagonist’s thoughts and emotional states with the unifying motif of a cube. Although the motif is present in each production, its suggestive role is not entirely revealed, but rather, like the inner thoughts of each character, merely reflected through the surface play of their voice, gesture and emotion. The cubes ultimately contain the character’s inner thoughts, their struggles for meaning, and emotional states. This evocation of inner life, the struggle to articulate meaning and convey the experience of crisis, is ultimately contained within the cubes but not something that the spectator has direct access to in the staged production, cultivating an element of mystery and surprise.

Together these ten sculptures offer a deeper three dimensional experience of the staged operatic productions. Within each cube Counts constructs a mise-en-scene connected to the three productions, offering a glimpse into the psyche of the three sopranos of the Monodramas. But like the staged productions, non-narrative renderings of an emotional journey through crisis, Counts’ sculpture will suggest, not solve, those crises, bringing the viewer towards a new level of appreciation of the production without didactically explaining it. Beyond that, the opera’s spectators will embark on a physical journey, one that challenges them to take their experience of opera beyond its conventional boundaries, outside the staged production, into the opera house’s building and beyond, to a gallery located on the upper east side. Through that journey they’ll encounter a sculptural, three dimensional interpretation of the meaning of each production. It’s all in keeping with Counts’ belief, following Antonin Artaud, that theatre rediscovers itself at the point where the mind requires a new language to express its manifestations. These ten sculptures embody the mind and feelings of the protagonists of Monodramas. Beyond that, they are Counts’ expressions of his desire to take opera into realms beyond the actual production and expand it into a three dimensional space where performance and sculpture meet and become one.