“No gate, no lock,  no bolt”: The Dobkin Family Collection of Feminist History 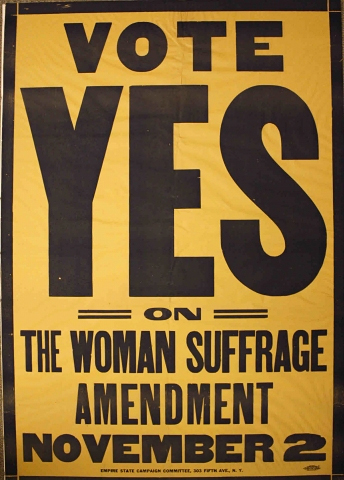 RARE is honored to present “No gate, no lock, no bolt”: The Dobkin Family Collection of Feminist History, an exhibition specially selected from this remarkable collection of archival material – unparalleled in private hands – to support Virginia Woolf’s ringing pronouncement in A Room of One’s Own: “Lock up your libraries if you like; but there is no gate, no lock, no bolt that you can set upon the freedom of my mind.”

The Dobkin Family Collection, built over a quarter-century by New York philanthropist Barbara Dobkin, was designed to uncover and preserve exceptional historical material – original letters and manuscripts, and rare printed pieces – that would aid in research and writing on the history of women’s advancements. It currently houses thousands of items which chronicle women’s experience private and public, individual and aggregate – in such political and domestic realms as gender equality, suffrage, birth control, labor, education, the military, science, medicine, business, and literature.

Among the dozens of spectacular items on display – many making their public debut – will be:

• the Report of the women’s convention in Seneca Falls, NY, in 1848, and Stanton’s Declaration of Sentiments – marking the beginning of the universal suffrage movement in the United States.
• Margaret Sanger’s manuscript notebook for Family Limitation, the foundational birth control work for which she was prosecuted for obscenity.
• the logbook for visitors to the lighthouse that inspired Virginia Woolf to write To the Lighthouse – signed by Woolf as a girl.
• a letter from Amelia Earhart – on Cosmopolitan letterhead naming her as their Aviation Editor – to her mechanics instructor, together with a photo of her with her classmates from that early rare training program for women.
• diplomas of one of the earliest minted female doctors in the United States, and of one of the earliest female graduates of NYU.
• an Anne Frank archive with material dating to the original publication of both Diary of a Young Girl and Tales from the House Behind, including her father’s original typescript of the collection of stories with four stories that did not appear in the first edition.
• letters by Eleanor Roosevelt on anti-Semitism, Nazis, the war, and FDR’s policies.
• Simone de Beauvoir’s working manuscript for The Second Sex.
• a 3-page handwritten letter by Harper Lee containing an anecdote about her home town, the model for the setting of To Kill a Mockingbird.
• Letters and manuscript material by Jackie Kennedy, Margaret Fuller, Sylvia Plath, Florence Nightingale and Clara Barton, Jane Addams (the first American woman to win the Nobel – for Peace), Pearl Buck (the second American woman to win the Nobel – for Literature), Hannah Arendt, Emmeline Pankhurst (leader of the movement for women’s suffrage in England, portrayed by Meryl Streep in the upcoming film The Suffragette), and much more!

The Collection, built over a quarter-century by New York philanthropist Barbara Dobkin, is designed to aid research and writing on the history of feminism:

• to delve into movements towards social and political equality;
• to illuminate the experiences of women excelling in historically male professions;
• to uncover countless “women-behind-the-men” who kept homes, businesses, and indeed their societies going, during times of war and of peace;
• to provide primary source material for the examination of the lives of women who exemplified domestic, educational, and other roles in the United States since its founding.

Barbara Dobkin’s active support of the advancement of women is equally broad and deep in its scope. Dobkin has midwifed numerous programs that serve women and girls and that encourage female philanthropy. She was the founding chair of the Jewish Women’s Archive; a co-founder of Ma’yan, the Jewish Women’s Project of the Jewish Community Center in Manhattan; the founding chair of the Hadassah Foundation; and a founding board member of Advancing Women Professionals and the Jewish Community.
Dobkin has served on the boards of AJWS – of which she was the immediate past chair – the New Israel Fund, Lilith Magazine, the Women Donors Network, the Jewish Funders Network, and the Women’s Funding Network, among others. Presently, she chairs the board of the Dafna Israeli Fund in Israel. She graduated from Marietta College and earned a Master of Social Work at Boston University.

To learn more, to arrange group visits, or to gain research access to the Collection, please email Sarah Funke Butler at DobkinCollection@glennhorowitz.com or contact the gallery directly.