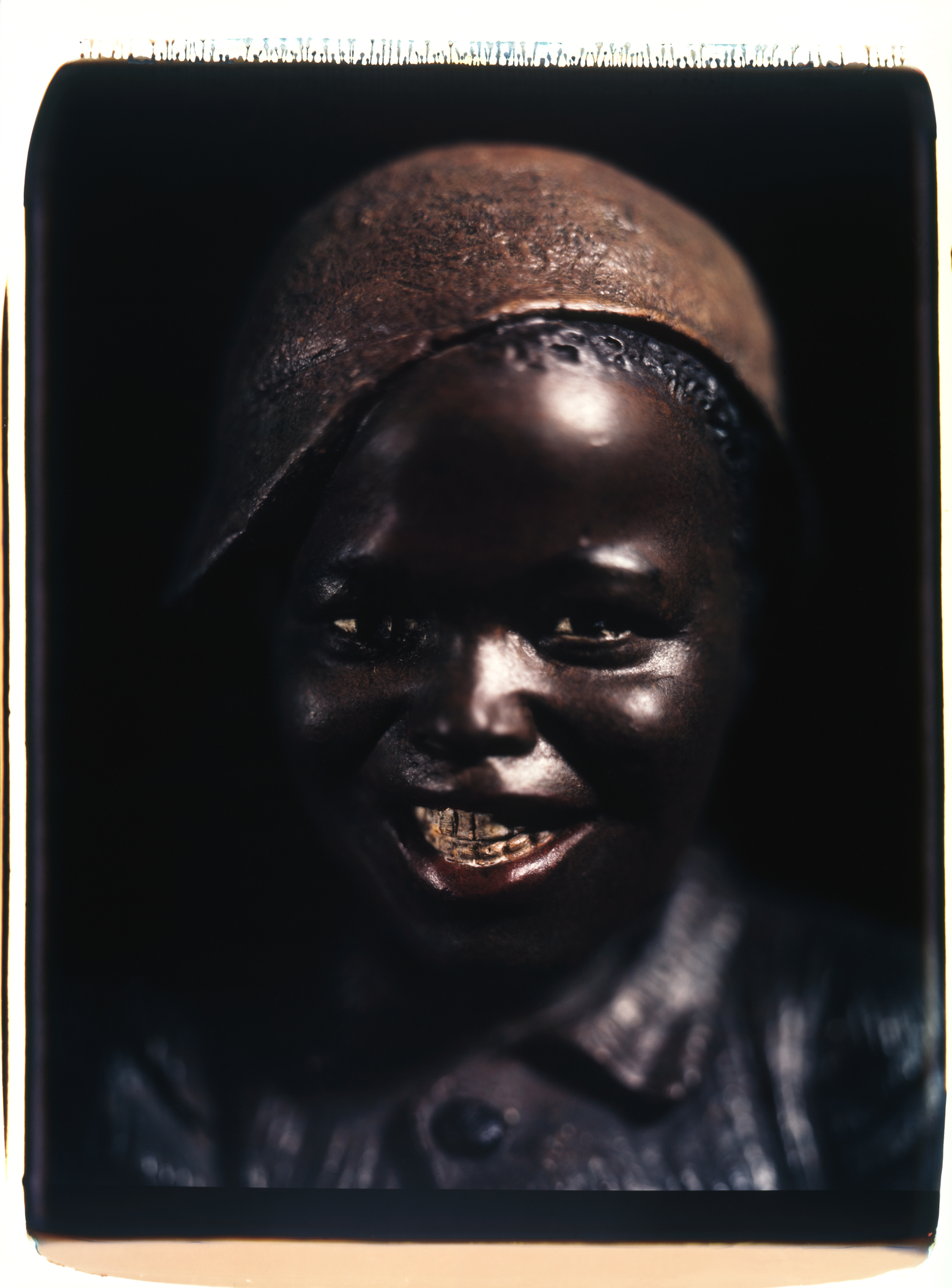 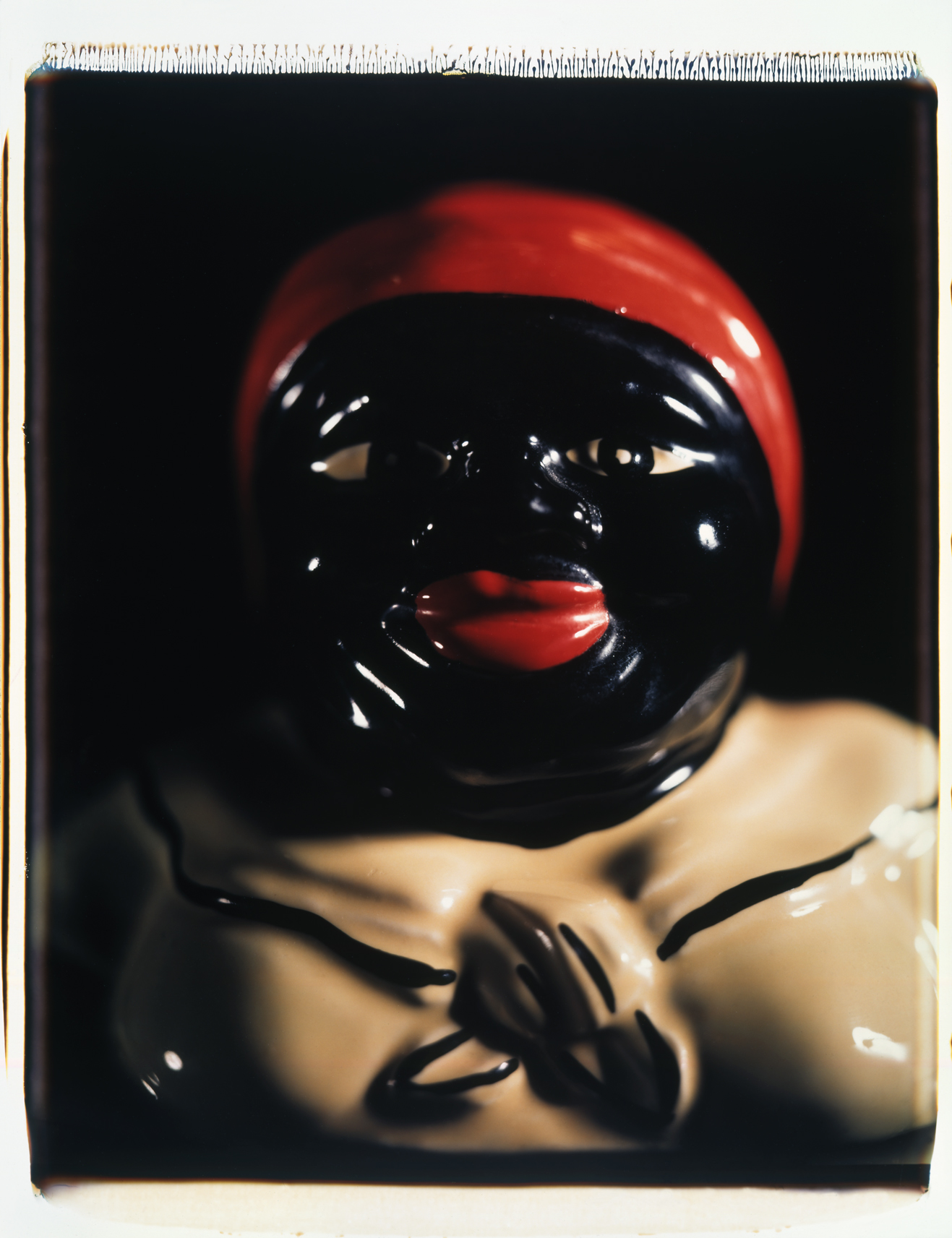 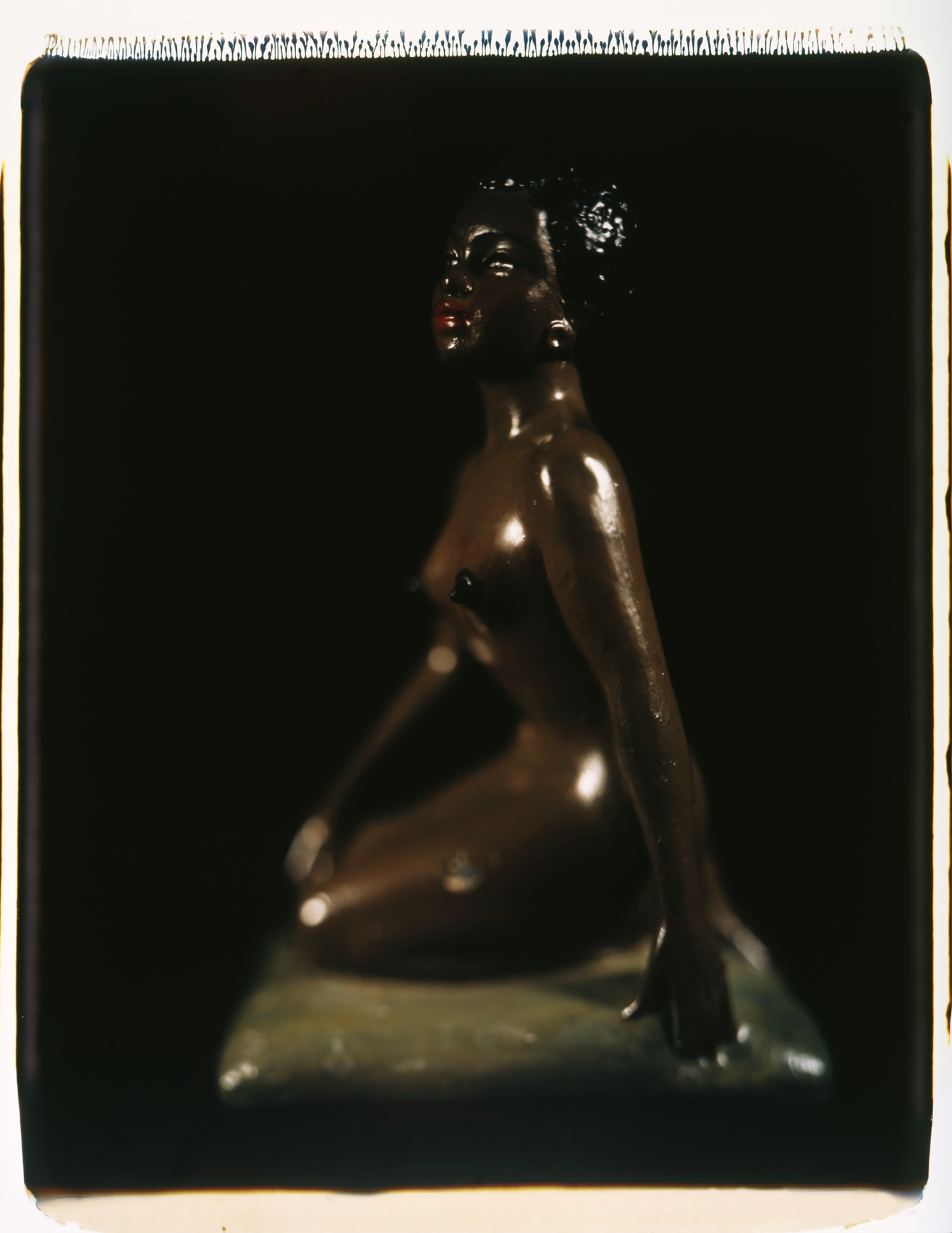 John McWhinnie at Glenn Horowitz Bookseller is pleased to announce our next exhibition, David Levinthal: Black Again. The show opens with a reception on May 19th, from 6-8pm, and runs through August 16, 2011. The exhibition is drawn from David Levinthal’s project Blackface, dating from 1995-1998, featuring blackface Polaroids and the original memorabilia, drawn from the artist’s personal collection, that are the Polaroid’s subject matter.

Levinthal’s collecting of black memorabilia evolved into Blackface, a stimulating and controversial body of work. The title, according to Levinthal, “makes reference to the many facades, poise and physicality of these figures.” The title is also taken from the name of a journal of a black film-making company and is a term referring to both blacks and whites. Traditionally associated with minstrelsy, these images were used to perpetuate negative stereotypes. Levinthal’s work was originally intended to be exhibited at Philadelphia’s ICA in 1997. However, the show was cancelled when it became a cause célèbre as a result of its controversial subject-matter. Subsequently, images from the series were exhibited at the International Center of Photography and at Janet Borden, Inc. in New York. This is the first time that the artist has exhibited this body of work with the original figurines and advertising that inspired the portraits.

Levinthal’s initial inspiration for Blackface was D.W.Griffith’s 1915 film “Birth of a Nation,” a groundbreaking film of its time and a watershed moment in the cultural wars. It’s extreme and racist depictions of African Americans fueled a debate over the efficacy and motivation of using racially charged images that continues to reverberate in our culture today. Levinthal’s Blackface was originally intended to be a series based on “Birth of a Nation,” but the focus of the work shifted to the inscription of racially charged identities – what these collectibles convey, how they function within society, and how they continue to polarize social attitudes – within material objects produced and packaged as consumer goods.

This exhibit places these historical and cultural mementos alongside Levinthal’s photographs in an attempt to provide the viewer a new experience of both: the viewer can experience the transformation of the real object, which at first seems familiar and tangible, into a strangely captivating and ambiguous portrait, suspending history in an image.

Levinthal works using a 20 x 24inch Polaroid Polacolor ER Land Film which results in a large format Polaroid. The objects are set against a black background, isolated and devoid of narrative. Investigating the images closely, the textures and surfaces of cracked paint, shiny plastic and rusty metal come into relief, creating a three-dimensional tactile surface expressing a melancholic humanism. The artist did little editing with these images, recording the object in its pure form. The majority of works exhibited are portraits of objects – sometimes human like and often exaggerated – both alluring and grotesque. Levinthal’s Blackface portraits unfold a repressed history associated with the black stereotype. The compositions are focused, the gloss seductive, and the light hitting their surfaces exquisitely mannered. The work is in constant tension between its controversial subject matter and its sensuality.

David Levinthal: Black Again re-examines a highly-confrontational and thought-provoking body of work. It also adds a new layer of meaning to the work by exhibiting it with the originals that inspired the artwork for the first time. Levinthal’s Blackface excavates a pocket of American history along with the cultural richness of these artifacts and their physicality, letting the viewer experience the transformation of the object as documented by the medium of photography.