David Levinthal, A Wild Romance: Selected Works from the Eighties 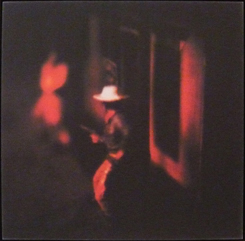 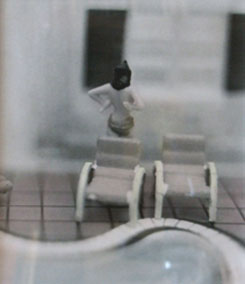 Into the production of a toy there goes a great many presumptions. Shorn of any worrying content, anything that might be too serious, troublesome or adult, toys are a repository of unexamined cultural information. After his first experiment using military models and toy soldiers in the photographic project Hitler Moves East, David Levinthal found himself increasingly drawn to the use of toys in his art. Precisely because of their apparent blandness, toys offered a perfect starting point for an exploration of the standard narratives and mythologies embedded within popular imagery. A Wild Romance is an exhibition of vintage photographs from two groundbreaking series that Levinthal made in the 1980s: Modern Romance (1983–1985); and The Wild West (1986-88).

In Modern Romance, Levinthal trains his lens on figurines and environments of leisure. Curvaceous young women, some escorted by men, others set amidst comfortable domestic surroundings, are pictured using Levinthal’s characteristic device of a shortened depth of field so that all takes on a blurred and dreamy softness. Settings, clothing and hairstyles hint at the 1950s, an age of American prosperity and burgeoning self confidence, as well as suburbanization, straightened social roles and inequality. Colors are mostly soft and bright – ice cream and sherbet hues – bleached by an excess of light. Levinthal used Ektacolor retouching dyes to achieve the subtle colorization in these works and the delicate tints are both expressive and atmospheric, with tones of ivory, sepia and faded silver contributing to a sense of cloying nostalgia. Comfortable as these images seem, nearly all of them contain an undercurrent of psychological tension. As in the paintings of Edward Hopper, there is not only tranquility, but also dread, in the preternatural stillness.

The Wild West is a series of photographic images rendered via the Scanamural process. Scanamural, an analogue process anticipating the digital printing revolution which has since revolutionized the scale and quality of photographic art, used a photo-transparency and acrylic paint to transfer an image onto a large-scale canvas. With a palette of ominous blacks and incendiary reds these images depict scenes of action and conflict peopled by cowboys and indians, distressed ladies, townsfolk, and other stock western types. Levinthal evokes the epic scale and Technicolor look of the classic Hollywood westerns even as his miniaturized rendition of the usual frontier myths called into question the simplistic good and evil narratives and the notions of freedom and valor by which the old films operated. Coming as it did in the last years of Reagan’s cowboy-inflected presidency, this was a subtly subversive series of images. Their importance and their relevance have only grown since then.