Constructivist Design for the Soviet Cinema 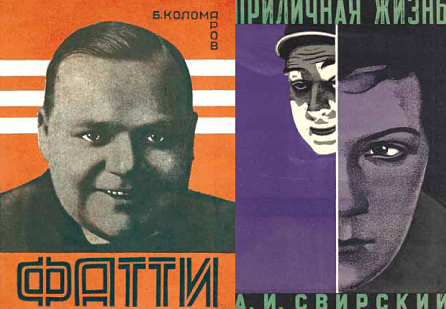 RARE is pleased to present an extensive collection of printed media created for the 1920s Soviet film industry by the leading Constructivist designers of the period, including Alexander Rodchenko, Varvara Stepanova, Gustav Klutsis, Konstantin Vialov, and the Stenberg Brothers. The diverse material—posters, actor profiles, prospectuses, advertisements, periodicals, and books, as well as original photocollages and maquettes—highlights both the revolutionary design aesthetics of the era and the political importance of the cinema to the nascent Communist regime.

Among the periodicals on display will be scarce issues of Ekran: Kino-Gazety, Sovetskii Ekran, Proletarskoe Kino, Kino-Fot, and Sovetskoe Kino—many in complete annual volumes—in conjunction with elaborate prospectuses for individual films and brief biographical sketches of the most prominent actors and actresses of the silent era. Period books on the cinema and filmmaking will also be shown, as will rare original photocollages by Petr Galadzhev and outstanding examples of the Constructivists’ vibrant and visually innovative posters.

Special thanks to Dr. Olya Samilenko and the Hopkins-Goucher Cooperative Program in Russian Language and Literature for their invaluable work in translating these materials from the original Russian.