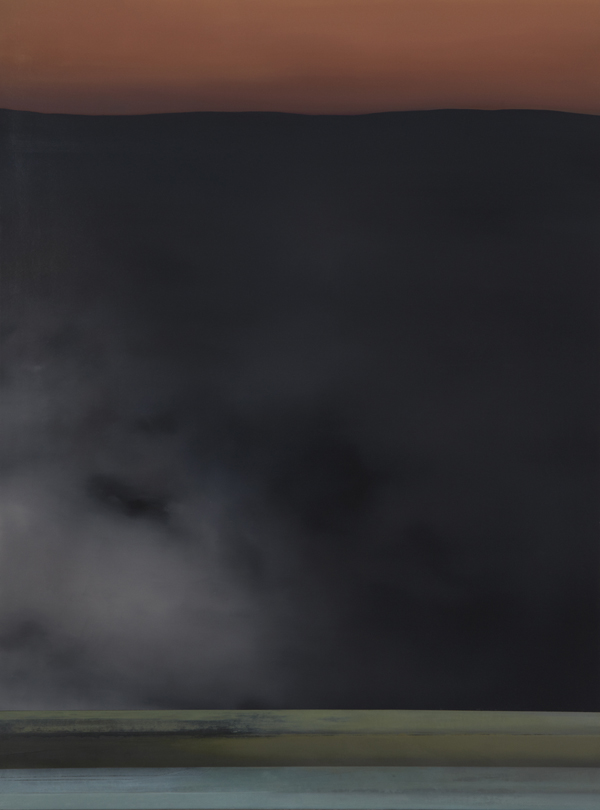 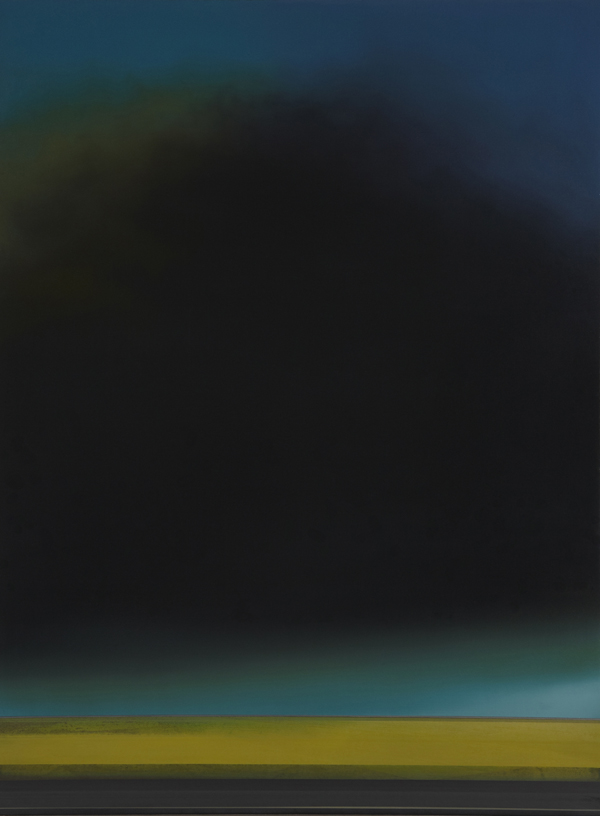 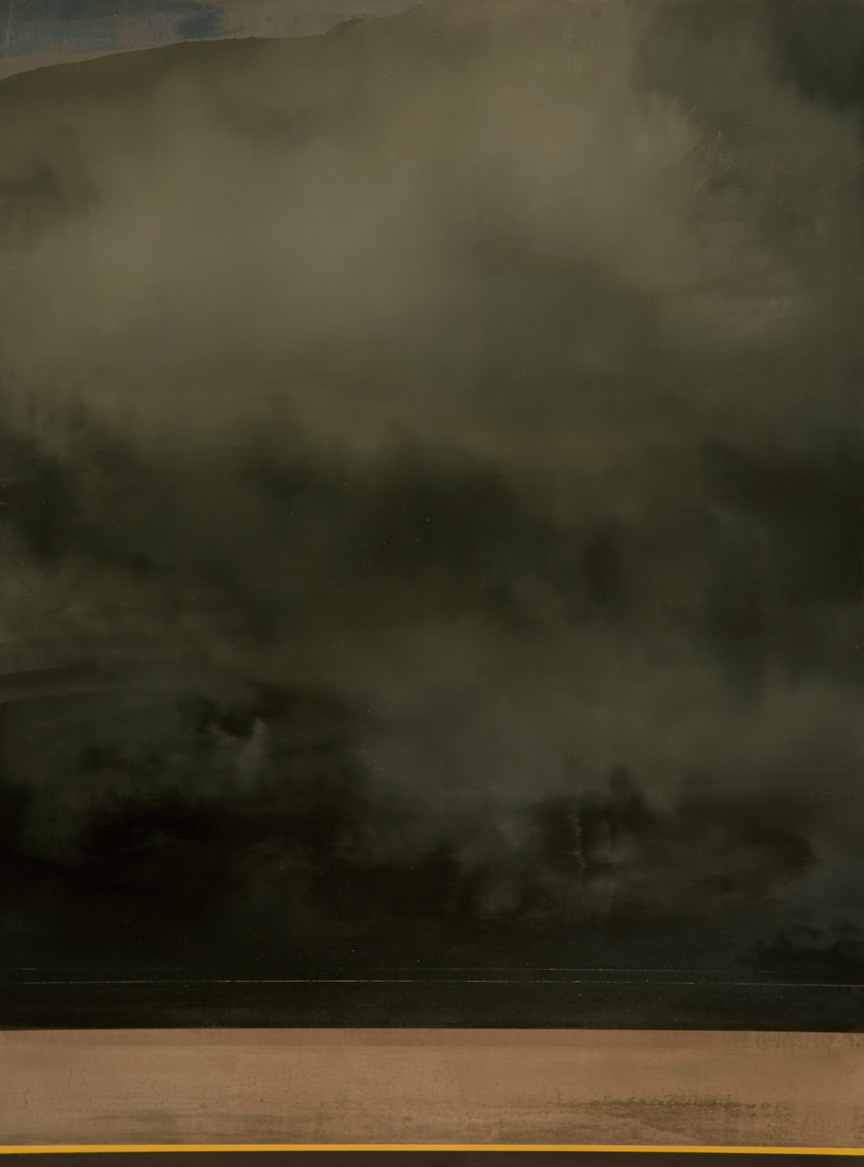 Glenn Horowitz Bookseller is pleased to announce The Long Now, a solo exhibition of recent works by Brooklyn-based artist Christopher Saunders, opening January 12, 2013, and on view through February 23rd. A reception for the artist will be held on January 12, 6-8pm.

The Long Now, a phrase coined by Brian Eno, centers around the theory that “the precise moment you’re in grows out of the past and is a seed for the future. The longer your sense of Now, the more past and future it includes.” This concept is woven throughout Christopher Saunders’ works, both in process and meaning.

Born and raised in rural Virginia, the artist’s childhood backdrop has been a point of departure for his paintings over the past 15 years. Culling photography from the Internet, media and his personal archives, Saunders’ merges these materials to explore the relationships between traditional landscape painting and contemporary consciousness.

Christopher Saunders received an MFA from the Mason Gross School of the Arts at Rutgers University and a BFA from Virginia Commonwealth University. He has been exhibiting in New York since 2003 and was a recent recipient of a Fellowship in Painting from the New York Foundation of the Arts. Several of his paintings are in the permanent collection of The James Hotel, New York as well as a number of prominent private collections.