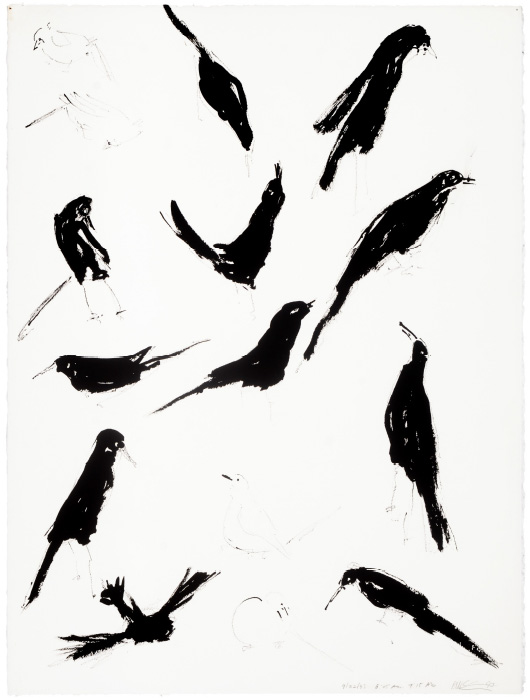 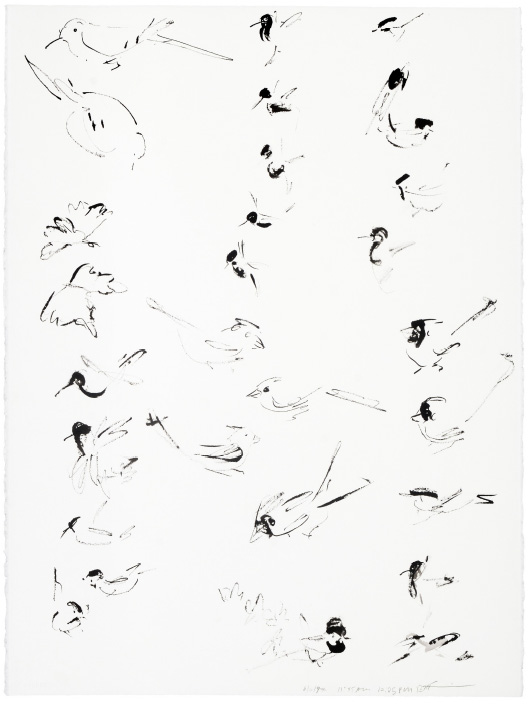 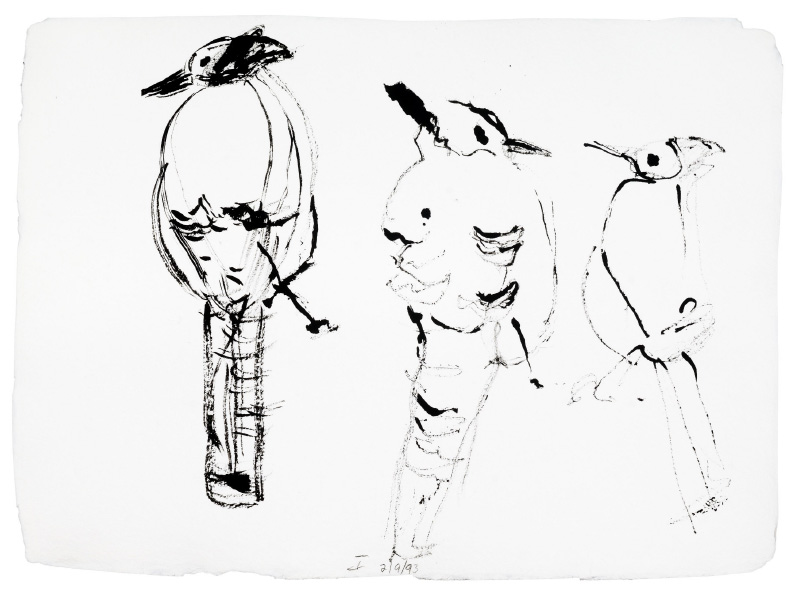 Glenn Horowitz Bookseller is pleased to announce both Billy Sullivan: Bird Drawings and Lucy Winton: Creatures, two simultaneous exhibitions opening on November 10, 2012. We are also premiering the publication of BIRDS, a limited edition book featuring Sullivan’s drawings and an essay by renowned author Margaret Atwood, who is also a highly regarded birder and conservationist. The entire edition of 450 consists of 350 copies in wrappers, and 100 deluxe cloth-bound copies signed by both the writer and artist.

From his dining room table in East Hampton, NY, Billy Sullivan has been documenting the avian activity in his wooded backyard since 1990, capturing the social goings-on of East End birds in much the same way he has chronicled family and friends since the 1970s. Unlike Sullivan’s vibrant oil portraits, which begin from his own photographs, the bird drawings are executed in a matter of minutes, each time span noted in the drawing’s title. This diaristic approach has an evident immediacy, as Sullivan’s quick marks scratch across the surface of the paper, like birds flitting across his yard.

In a 1995 interview with Saul Ostrow in Bomb magazine, Sullivan reflected, “It’s less about chronicling and more about the mark that I’ve been building…. One of the reasons I wanted a studio out here in the country is because I started drawing those birds. It wasn’t about relying on a photograph anymore, but on what I was seeing, and memory.”

Billy Sullivan lives and works in New York City and East Hampton. He has exhibited extensively since the early 1970s, and is in the collections of the Museum of Modern Art and the Metropolitan Museum of Art, both in New York; The Parrish Art Museum, Southampton; and Guild Hall, East Hampton, amongst others.