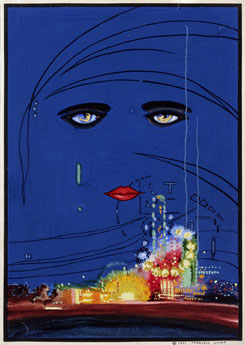 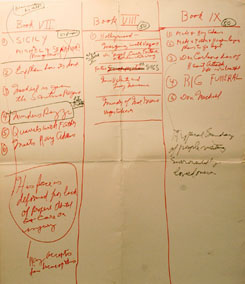 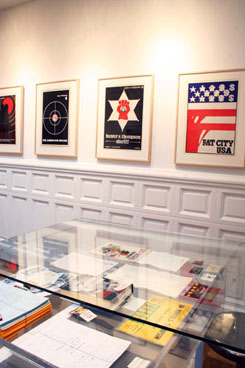 John McWhinnie at Glenn Horowitz Bookseller is very pleased to announce their new exhibition American Dreamers: Gatsby, Godfather and Gonzo. Tracing the themes of ambition, quest, and overreach in three great literary works of the twentieth century the show comprises an exhibition of archival materials relating to The Great Gatsby by F. Scott Fitzgerald, The Godfather by Mario Puzo, and Fear and Loathing in Las Vegas by Hunter S. Thompson. Manuscripts, letters, artwork, objects and ephemera will be on display with highlights including the original corrected manuscript for The Godfather together with all of the screenplays, heavily revised, for the movie trilogy; letters between Puzo, Francis Ford Coppola, and Marlon Brando; Hunter S. Thompson’s original manuscripts of Fear and Loathing in Las Vegas; and the original preparatory sketches and artwork by Francis Cugat for the dust-jacket of The Great Gatsby, arguably the most famous dust-jacket of the twentieth century. American Dreamers unites three key literary figures of an era – Jay Gatsby, Don Corleone, and Raoul Duke – whose mad pursuit of America’s gilded promise leads to tragic and ruinous consequences.