Glenn Horowitz Bookseller, Inc. is an agent in the sale and placement of culturally significant archives to research institutions nationwide. Among the many authors, artists, musicians, designers, and photographers we have represented are Norman Mailer, James Salter, Deborah Eisenberg, David Foster Wallace, Vladimir Nabokov, Philip Grushkin, the Magnum Group, Nadine Gordimer, and Danny Fields, to name but a few. Selected examples of projects we have shepherded to completion are summarized below; a full list can be found here. Appraisal services are also available. Please contact us for further information on Archives and Appraisals. 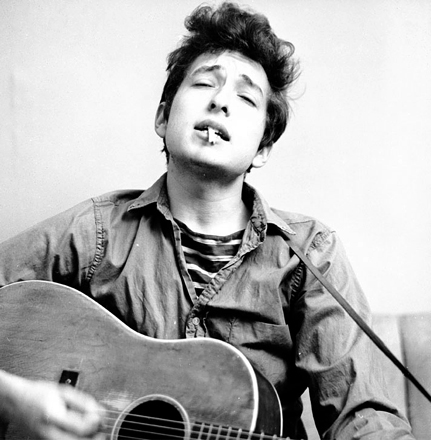 THE UNIVERSITY OF TULSA

The materials in this collection span a fifty-year period in the career of Bob Dylan, offering unprecedented insight into the working life of one of the most important and influential artists of our times. What the archive reveals, through hundreds of hours of recordings and drafts of his most celebrated songs, is that at the heart of the Dylan “enigma” lies, above all else, a quick change artist tirelessly dedicated to work, to writing, and to the constant development (and re-invention) of the performative self.

The archive comprises thousands of pages—from loose leaves and personal notebooks to hotel stationery and matchbook covers—illustrating the process by which his songs developed into their final form, alongside thousands of unseen photographs; recording contracts; hand-corrected typescripts; manuscripts for liner notes, essays and books; ephemera and promotional materials; correspondence; original and alternative album cover artwork; and recording session reports.

Also included are thousands of hours of studio and concert recordings, taped interviews, music videos, and rushes from the films Dylan directed himself in the 1960s and 1970s, as well as all the master tapes from his recording sessions and hundreds of unreleased, largely unheard, concert recordings from the early 1960s through to the present day, which together stand as the most significant and primary cache of his recorded legacy.

Gabriel García Márquez’s archive spans more than half a century, and includes original manuscript material for ten books, from One Hundred Years of Solitude (1967) to Memories of My Melancholy Whores (2004); more than 2,000 pieces of correspondence, from figures such as Julio Cortázar, Carlos Fuentes, Indira Gandhi, and Graham Greene, as well as government officials, admirers and fans; drafts of his Nobel Prize acceptance speech; over 40 photograph albums documenting his life over the course of nearly nine decades; the Smith Corona typewriters and Macintosh computers on which he wrote; and scrapbooks containing news clippings from Latin America and around the world, among additional materials.

The papers of the American author and journalist Tom Wolfe, dating from 1930 through 2013, fully document Wolfe’s long career, providing insight into his writing process and the development of his signature style; the professional relationships he maintained with editors, writers, and cultural critics; his social life in New York City; and readers’ responses to his published work. While perhaps best known for The Electric Kool-Aid Acid Test, The Right Stuff, and The Bonfire of the Vanities, the archive also sheds light on Wolfe’s lesser known material, including university work, as well as his exhaustive preparation methods, and includes draft manuscripts, outlines, research files, lectures, photographs, drawings, and correspondence from Roger Straus, Gordon Lish, Jann Wenner, William F. Buckley, Jr., Hunter S. Thompson, and Gay Talese, among many others.

The filmmaker and author John Boorman’s archive documents his life and career from the 1940s through 2014, and includes: film production files, letters, memos, and notes; correspondence with the authors James Dickey and John le Carré regarding the film adaptations of their novels Deliverance and The Tailor of Panama; manuscripts and notebooks; holograph and/or typescript drafts for most major films, as well as for several unproduced projects; photographs and transparencies; and other related material, including promotional materials and memorabilia; files relating to Merlin Films, the Irish independent production company co-founded by Boorman in 1989; and Projections: Film-makers on Film-making, the Faber & Faber series edited by him from 1992-2006.

Approximately 50 linear feet of material pertaining to the Senegalese filmmaker and novelist Ousmane Sembène and his work, including published as well as unpublished manuscripts; film scripts; correspondence; and notebooks, all documenting not only his life and career, but also his broader experience writing and directing on African soil and the genesis of African film. Notes and drafts are present for most major works, as well as for several unpublished projects, and the copious correspondence charts his output and travels; relationships at home and abroad; issues of censorship; and film production and distribution, among many other topics.

Alice Walker’s papers provide a full overview of the Pulitzer Prize-winning author’s life and work, comprising material from the 1930s to 2014 and including: correspondence; journals; drafts of poetry, novels, and essays; multiple manuscripts and typescripts, among them The Color Purple (book and screenplay), In Search of Our Mother’s Gardens, and The Temple of My Familiar; photographs; research and teaching files; early schoolwork; and born digital materials. The collection chronicles the development of Walker’s writing career, her interest in political activism, and her personal relationships with friends and family, as well as material about Walker’s many interests, including civil and women’s rights, Zora Neale Hurston, Cuba, and Mumia Abu-Jamal.

The archive of the Washington Post reporters Bob Woodward and Carl Bernstein provides students, researchers, legal scholars, and historians with behind-the-scenes insight into a critical turning point in both investigative journalism and the American political process. The collection includes the pair’s notes from source interviews; drafts of newspaper stories and books; memos; letters; tape recordings; research materials; and many other papers related to both the original 1972 Watergate burglary and the pair’s subsequent four-year journalistic investigation. In order to protect the names of still-living confidential sources, files and documents which could reveal their identity will remain closed until either the death of the individual source, or Woodward and Bernstein’s release.

Timothy Leary’s papers contain a vast array of material created and accumulated by him over the course of his lifetime, from correspondence, manuscripts, and printed ephemera to sound recordings, videos, electronic records, and artifacts. The archive registers his activities from childhood through his controversial professional career, and provides insight into the lives of the many individuals and organizations with which he interacted. Given Leary’s roles in psychological and psychedelic research, drug use and law enforcement, and the emerging cyberculture of the late 1980s, his papers elucidate many of the key historical transitions and movements of post-war America.

The Herbert Matter archive spans the years the graphic designer and photographer was active in the United States—1937 until his death in 1984—and includes original artwork, photographs, letters, manuscripts, process material, memorabilia, negatives, transparencies, film, printed material, and working equipment. The core of the archive—over 160 boxes of graphic art material, photographs, negatives, and transparencies—is deep and comprehensive, and provides a diverse collection of primary source material for both scholarship and exhibition on this modern design master.